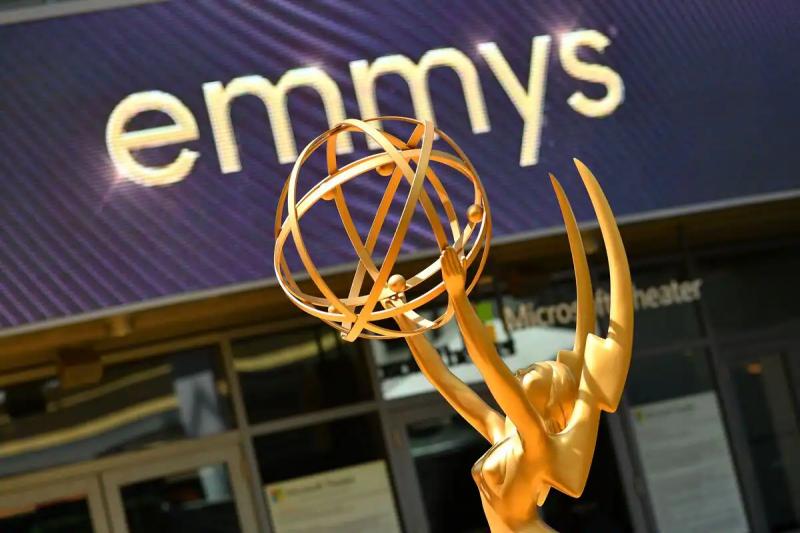 Will it be the first non-English language production voted Best Drama Series? The bloodthirsty Korean drama 'Squid Game' will face stiff competition at the Emmy Awards on Monday, where it has a chance to make competition history.

Dark and violent denunciation of the excesses of capitalism, in which the poor kill each other during cruel children's games with the hope of winning millions, the global success of Netflix could become the highlight of this competition, equivalent to the Oscars from American television.

A success that would follow in the footsteps of the Korean film “Parasite”, which won the Oscar for best film in 2020.

But, to win in Los Angeles, the series will have to get ahead of a serious adversary: ​​“Succession”, a production already rewarded two years ago for its chronicle of a powerful family whose members plot and tear each other apart.< /p>

“It's pretty hard to keep up with this HBO behemoth,” remarks Deadline film columnist Pete Hammond.

This Shakespearian-tinged series seems to be leading the way with 25 nominations , and remains the favorite, according to experts interviewed by the specialized site Gold Derby.

Mr. Hammond is, however, betting on a best actor award for Lee Jung-jae, the lead actor of 'Squid Game'. Enough to make the South Korean the first winner of this award for a performance in a language other than English.

The Korean drama has already won four awards in minor categories, awarded at the start of September during the Creative Emmys, including the prize for best appearance in a series awarded to actress Lee Yoo-mi.

The series “Severance” (Apple TV+), a disturbing metaphor on the world of work, and “Ozark” (Netflix), which explores money laundering and the vices of the American middle class, are also aiming for the prize for the best drama series.

In the drama genre, Zendaya, already awarded in 2020, has every chance of being voted best actress again for her role as a drug-addicted teenager in “Euphoria”.

As for comedies, “Ted Lasso” (Apple TV+), winner last year, seems well on its way to re-enlisting. In the series, Jason Sudeikis plays an American football coach parachuted into an English soccer team.

Nominated in the category best actor in a comedy, he faces Bill Hader, for his role as a killer hired man who dreams of being a Hollywood star in the “Barry” series.

Among women, Jean Smart is widely expected to be elected again as best actress, for her performance in “Hacks”, a comedy in which she plays the role of an aging comedian from Las Vegas, forced to reinvent herself.

As every year, the mini-series category, which rewards productions limited to a single season, will bring new blood.

Four of the five contenders are inspired by real scandals. “Dopesick” examines the murderous addiction of the United States to opioids, “The Dropout” tackles the fraud mounted by the medical start-up Theranos, “Pam and Tommy” traces the underside of the publication of the sex tape by Pamela Anderson, and “Inventing Anna” follows the story of a young Russian who has long deceived the New York elite by posing as a wealthy German heiress.

But in this category, the tragicomic satire “The White Lotus”, which tackles the ambient hypocrisy of a Hawaiian luxury hotel, is given favorite.

“I think Michael Keaton is almost guaranteed to be voted best actor in a mini-series”, for his role in “Dopesick”, predicts Mr. Hammond. The critic also foresees an award for Amanda Seyfried, who plays the fallen boss of Theranos in “The Dropout”.

Kenan Thompson at the helm

Organized in a theater in Los Angeles, with red carpet and parade of stars, the ceremony marks a return to normal this year, after previous editions marked by the pandemic and the rules of social distancing.

It will be presented by American comedian Kenan Thompson, a well-known figure on the show “Saturday Night Live”.

The actor will officiate without security being reinforced, a few months after the scandal caused by Will Smith, who responded to a joke aimed at his wife by slapping comedian Chris Rock at the Oscars in front of a dumbfounded audience.

“We'll be careful and we'll be alert, as we always are,” said Emmys boss Frank Scherma to the webzine Deadline, refusing to overbid.