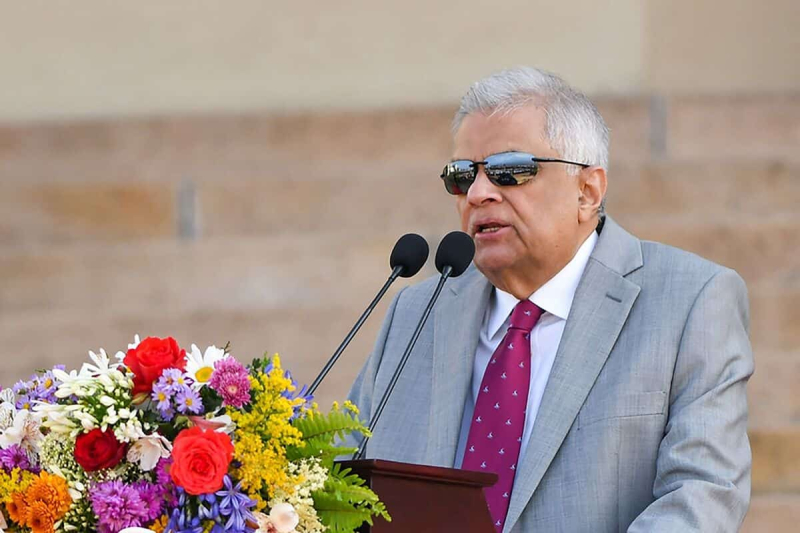 Sri Lanka, in the midst of an economic slump, announced on Wednesday the holding of local elections by the end of February which should constitute a test of popularity for President Ranil Wickremesinghe, in power since the fall of Gotabaya Rajapaksa in July.

Local elections, delayed for a year due to the pandemic, will take place before the end of February, the Electoral Commission said in a statement.

Nominations for the more than 8,000 local councilor positions will be open January 18-21, and then voting is due to take place within 28 days.

President Wickremesinghe, 73 and six times prime minister, has no popular mandate. His party has only one seat in Parliament which elected him with the support of the SLPP party of his predecessor Gotabaya Rajapaksa.

Mr. Wickremesinghe tried to extend the postponement of the poll, arguing that the bankrupt country could not afford to spend 10 billion rupees ($27.6 million) to organize the elections, but the Independent Electoral Commission decided to go forward despite everything.

The president may eventually dissolve the current Parliament at the midpoint of the legislature, on February 20, but Mr. Wickremesinghe did not indicate that he wanted a snap parliamentary ballot.

According to the Constitution, a presidential ballot cannot be organized before the last quarter of 2024.

The South Asian island, which defaulted in mid-April on its external debt, currently valued at $46 billion, hopes to finalize a $2.9 billion rescue plan with the International Monetary Fund (IMF) .

Sri Lanka's debt must be 'sustainable' in order to unlock any new external financing, the IMF warned last year, calling on the government to restructure its loss-making state-owned enterprises, to reduce the number of civil servants (1.5 million people) and to increase taxes.

A debt restructuring agreement with all foreign creditors, including China which accounts for 52% of Colombo's bilateral debt, is a precondition for obtaining aid IMF.