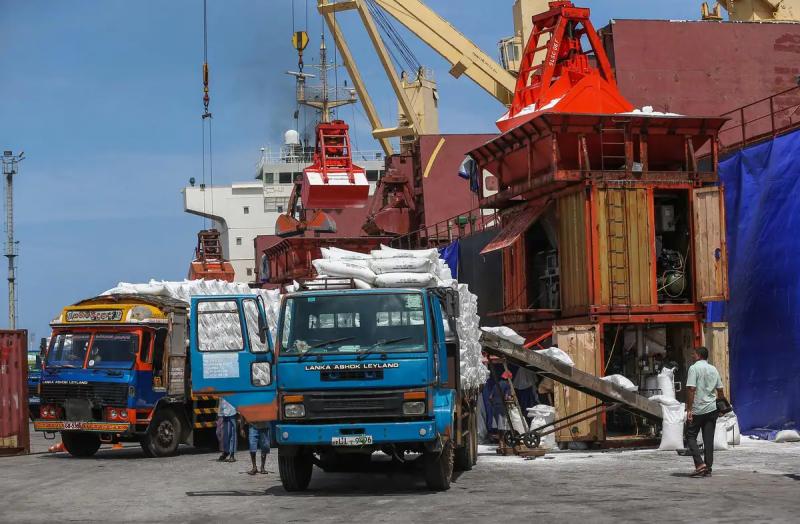 The International Monetary Fund announced Thursday that Sri Lanka, which has been in deep economic crisis for months, will receive $2.9 billion in conditional aid to clean up its finances.&nbsp ;

The IMF board will also have to ratify the agreement reached by the staff of the international organization on Thursday.

“The objectives of Sri Lanka's new program, supported by the Fund, are to restore macroeconomic stability and debt sustainability,” the IMF said in a statement after nine days of negotiations in Colombo.

The country of 22 million people is ravaged by a historic economic crisis, marked for months by severe shortages of food, fuel and medicine.

“Sri Lanka is facing an acute crisis (…) borne disproportionately by the poor and vulnerable,” argued the IMF.

The South Asian island has made defaulted on its $51 billion foreign debt in mid-April.

The IMF reiterated that any financial assistance from it required the restructuring of this debt as a precondition.

“Debt relief from Sri Lanka's creditors and additional financing from multilateral partners will be needed to help ensure debt sustainability and close financing gaps,” the IMF added in the statement. .

“Financial assurances from Sri Lanka's official creditors aimed at restoring debt sustainability as well as the execution of a good faith effort to reach a collaborative agreement with private creditors are crucial before the IMF can provide financial support to Sri Lanka”, underlines the organization.

According to the international institution, Sri Lanka has agreed to increase its revenues, eliminate subsidies, ensure a flexible exchange rate and to replenish its depleted foreign exchange reserves.

President Ranil Wickremesinghe, who took office in July, presented the new budget to parliament this week, announcing a VAT hike of 12-15% for all goods and services from this Thursday.

His government had already more than tripled fuel and electricity prices and removed energy subsidies, a key precondition for an IMF bailout.

Mr. Wickremesinghe said he was determined to continue the “restructuring”, unpopular because it induces the privatization of public companies subsidized by taxpayers.

“Discussions on debt restructuring will take place with the main countries that provide aid in the form of loans to our country,” he said at the time, referring to China, Japan and India. main creditors of the island.

China is the first bilateral creditor holding more than 10% of the external debt of Sri Lanka.

Officials involved in the process had said earlier this month that reaching a deal with Beijing was crucial. However, China has not publicly changed its position since its offer of additional loans, to avoid a haircut on its debts.

The island's economic activity will suffer a contraction this year worse than expected, by 8%, the Central Bank announced last week.

Inflation hit a new record in August, rising to 64.3% year on year.

Sri Lanka has imposed import restrictions since March 2020 in order to save foreign exchange and allow priority financing of the import of basic necessities.

Several months of turmoil and demonstrations of a population exasperated by the deprivations got the better of Gotabaya Rajapaksa, the predecessor of Mr. Wickremesinghe, forced to flee abroad in July where he departed missioned.