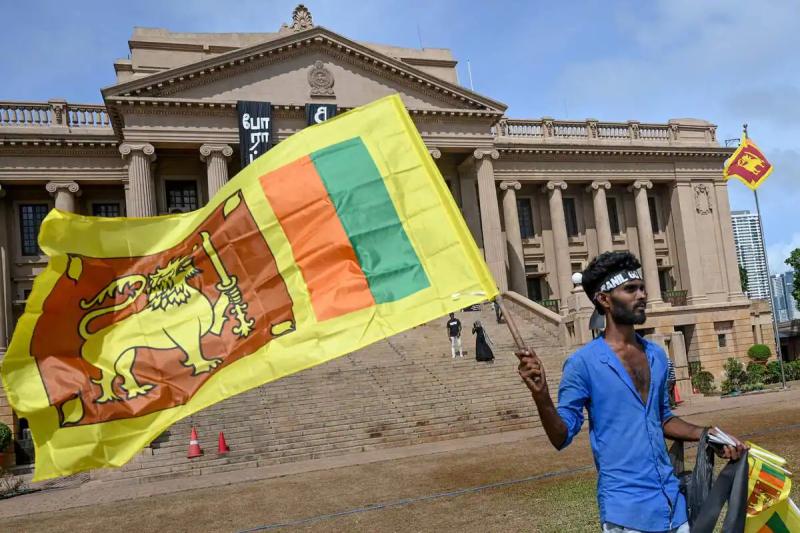 The interim president of Sri Lanka renewed the state of emergency on Monday, ahead of a parliamentary vote to appoint a new head of state, a ballot in which he is one of the main candidates.

The state state of emergency allows troops to arrest and detain suspects, and the president to pass regulations that override existing laws to deal with any unrest.

The state of emergency was already in place but parliament had not met to ratify the declaration as required, and Wickremesinghe extended it from Monday “in the interest of public safety”, he said.

Police and military stepped up security ahead of Wednesday's vote to elect a president for the rest of Rajapaksa's term, which ends in November 2024.

M. Wickremesinghe, who has been prime minister six times, is backed for the post by Mr Rajapaksa's party.

The ex-president was forced to flee when tens of thousands of protesters took to stormed his official residence after months of nationwide protests demanding his resignation due to the economic crisis.

The country's 22 million people have suffered severe shortages of basic necessities since late last year, with the country running out of foreign currency to finance essential imports.

The country defaulted on its $51 billion foreign debt in mid-April and is in talks with the IMF for a possible bailout.