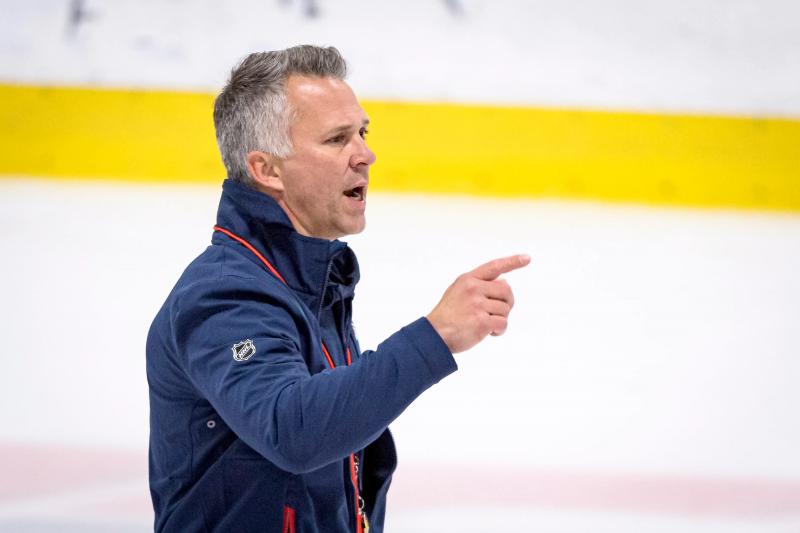 Listening carefully to Martin St-Louis, we understand why players appreciate his theory on the art of leading a professional formation.

For now, they are living the first phase of his program. But, already, several of the group had the opportunity to read the preface during the second half of the 2021-2022 calendar.

And they quickly recognized that St-Louis was a particular coach. A coach who quickly understood the world of this new generation.

If you have heard or watched Jean-Charles Lajoie's interviews on BPM Sports and TVA Sports, the book of clichés has disappeared. St-Louis answers each question by delving into his past as a professional athlete, referring to the different experiences he has had and showing that he understood that we had to manage new players with new methods. /p>

The new generation imposes itself with a different behavior, with knowledge requiring from the trainers an even more advanced philosophy at the level of teaching.

When JiC asks him what is the plan he wants to implement at the start of the season, he answers: “I have to have a thorough knowledge of each of the 23 players. A team is made up of 23 skaters, but each has their own personality. »

He insists on an important element: the effort at work and the behavior of the athlete in a group of 23 players. “There will be no compromise on my part on these two points. »

He adds: “It is essential to create a working atmosphere where it is fun to come to the amphitheater every day. There will be difficult times, that's obvious, but precisely, it's up to the coach to see that the players turn the page quickly after a bad experience. It is the coach who must ensure, by his attitude, that everyone is rowing in the same direction.

He insists: “We have to have the attitude of the Stanley Cup. In other words, what it will require is constant effort.

St-Louis doesn't know what the next season has in store for him. However, he is up for the challenge.

“We will have a young team, but also veterans capable of helping those who will be on their first experience. When I made my debut in the National League, it took me at least 100 games before I managed to adapt to the speed of the game and especially to manage to slow down the tempo. Our young players will need all this time to achieve conclusive results. They will have to be given the opportunity to learn, perform and put their knowledge to good use.

Jeff Gorton and Kent Hughes have laid out a plan.

It's up to Martin St-Louis to showcase it.

And we seem to have chosen a man with all the resources to achieve it.

Good. After a day of training camp, Nick Suzuki withdraws for at least two weeks. This is never good news.

Josh Anderson is struggling with an injury. And now Joël Edmundson, kept out of the game last year for a long time following unfortunate events and a back injury, finds himself on the sidelines again: another discomfort in his back. Always difficult for a skater to miss a few segments of training camp…

One can always ask the question: how can an organization prolong the discussions with its best player? Also, how come a 23-year-old 41-goal scorer with 79 points is having so much trouble getting a contract?

It was believed that Marc Bergevin had shaken their National League counterparts by presenting a hostile offer to Sebastien Aho three years ago. Aho was a restricted free agent.

Last year, the Hurricanes were expected to retaliate with a $6 million offer for Jesperi Kotkaniemi.

Following these events, was it decided by the general managers not to exercise their right regarding restricted free agents?

One to watch at the start of New York Islanders training camp to find out what Anthony Beauvillier's status is. Will he forget the difficult season of last year? And what are the plans for Mathew Barzal? Are we going to offer him a contract for several seasons or another point contract?

“I like Toronto, it’s my home”, according to Auston Matthews. Cool. But will he say the same thing next year as he prepares to play the last season of a five-year contract?

Pierre-Luc Dubois has been a lot more precise in his point. He has notified Winnipeg Jets senior management that he will be exercising his unrestricted free agent status at the end of the 2023-2024 season…

About Barry Trotz. New York Islanders players said they were simply bowled over by Lou Lamoriello's decision not to retain the coach.

A few weeks later, back to work , the same Islanders players claim that this change allows them to refuel…