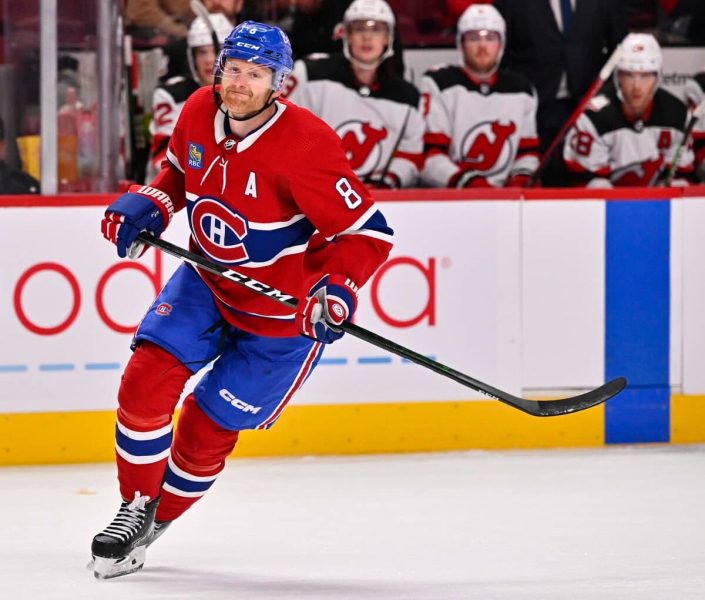 DETROIT | There are many clichés in the world of sports and hockey. It is constantly repeated that an injury always opens a door for a younger person. At the Canadian, it's probably a barn door.

Already very young on the blue line with the back injury to Joel Edmundson, the CH will now have to survive the loss of Mike Matheson for the next eight weeks due to a sprained abdominal muscle.

Coming out of training at Little Caesars Arena, Martin St-Louis refused to talk about a headache with the absence of another important member of his squad of defenders.

“I disappointed for Mike and the group, but the headaches wouldn't help, said St-Louis. This is a challenge for our young group. In English, we say silver lining. It will give young people a chance to have more rehearsals. They will have significant rehearsals. It could speed up their development. When Matheson and Eddy return, we could take an even bigger step, since the young people will be further in their development.”

David Savard, who blocked nine shots against the Leafs, also described Matheson's absence as a golden opportunity for his young teammates.

“It's a big loss for us,” added defender David Savard. We know he is an excellent player, we would like to have him in our training. But injuries are part of the reality of the NHL. We are missing two big pieces with Eddy and Mike. We hope Eddy will be back soon. As we have said from the beginning, it is experience for young people. They will have the chance to learn quickly.”

Guhle did not expect this

The most used defenseman in the first game of the season against the Maple Leafs with an playing time of 22 min and 34 s, Kaiden Guhle knows that he will still be spending a lot of time on the ice surface in the coming weeks.

“I didn't think I would play that much for a first NHL game, it was a pleasant surprise,” Guhle said. I'm happy to see that the coaches trust me. It was good, but I will have to keep up the pace. In the absence of Mike, I will need to raise my game and it's the same for the other young people.

Always smiling, Brendan Gallagher also had a thought for Matheson , who will not return to play until mid-December.

“It's too bad for Mike, he will be important in our team and he was looking forward to playing here,” replied Gallagher. It will be postponed. But we have plenty of young people who will be forced to play big minutes. They handled it well against Toronto. That's hockey, you have to deal with injuries. We are missing two of our most relied upon defensemen, Eddie and Matt. Guys need to get up. Savard blocked what… nine shots? Young people rise. We need that.”

The probable formation of the Red Wings

Zadina, Suter too much