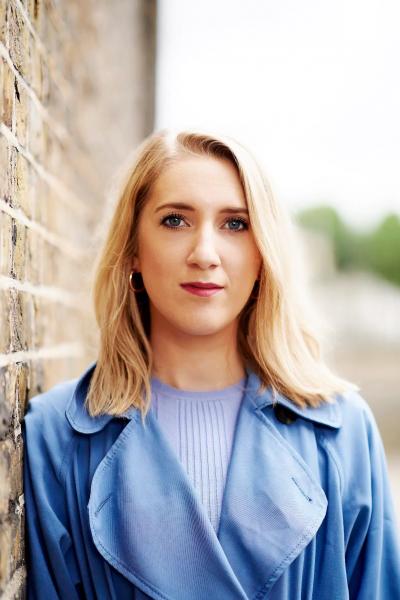 Rightly considered the new voice of the English historical novel, following the international success The Witches of Pendle, the British Stacey Halls invites her readers to discover the very particular story of Ruby May in her new novel, The nurse from Yorkshire. In 1904, the young nanny, a graduate of an institute with an irreproachable reputation, took up her new position in the castle of the England family. Before long, she realizes that there is something wrong with this family.

The story is set in West Yorkshire, England, at the turn of the 20th century. As was the custom at the time, the wealthy family of Charles and Lilian England hired the young nurse Ruby May to look after the children.

It didn't take long for Ruby May to find that something is wrong with Hardcastle Castle. It seems obvious to her that Lilian England, as beautiful as she is mysterious, is hiding dark secrets.

She is the complete opposite of Charles, her husband, a warm and cheerful man who welcomes the new housekeeper with open arms. Lilian is always distant and does not show much interest in her husband and children. To complicate the situation, Ruby May is excluded by the other servants and feels increasingly threatened by the oppressive atmosphere of the castle.

Stacey Halls, reached for a telephone interview, recounts the genesis of this must-read bestseller if you are passionate about England.

“The place really inspired the novel. The name of the town is fictional in the book, but this place is inspired by a real town in England called Hebden Bridge in West Yorkshire. It's near the town where I grew up and I went there often with my parents.”

“In Victorian times, it was called “Little Switzerland”. There is a mill on the river and quiet pubs. It seemed like a great place to me, just begging to be written about!”

When she went for a walk in the historic part of the city, she felt a strong connection with places.

“West Yorkshire is known for its landscapes: it's lush and covered in forests that seem inhabited by fairies.”

She soaked up this somewhat magical atmosphere… wondering what story would pop up in his imagination. At the same time, the theme of isolation ran through her head and she wanted to talk about the role of “nannies” in wealthy English families at the beginning of the 20th century.

Other points were added. “Coercive control (verbal abuse) has been considered a crime since 2015 in England. I decided to set my story at a time when people didn't know what it meant. I wanted to talk about a marriage where there was abuse and Ruby May just happens to come into an environment marked by a toxic marriage.”

She specifies that the “nannies”, who were neither servants nor cooks, found themselves in a particular hierarchy and had an important role in the households of the time.

“At this At that time, wealthy and privileged people had servants, and even people who were not wealthy had them. In a household of 10-15, which was the average in Edwardian times, this opened the door to conflict. It was a bit like a miniature city, if you will.”

“A nanny has a very particular point of view on the family, on marriage, because she is neither a servant nor a member of the family: she is isolated, stuck between the two.”

“Are you sure you want this job ? Once I have written to Mrs England, the proposal will be official. May I remind you that nurses who fail three times are asked to leave the institute.

Stung to the quick, I straightened my bust.

—I won't let you down again, Miss Simpson. You have my word.

— Fine. I'll respond to Mrs. England when I return.

—Sounds like the perfect family, I said in a voice that was intended to be playful.