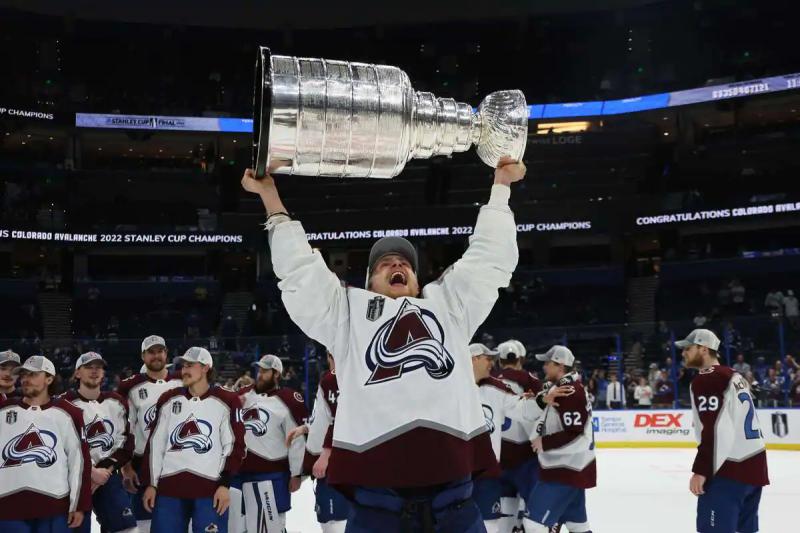 TAMPA | Defeating the Lightning is no small task. In fact, it had been mission impossible since the first round of the 2019 playoffs.

In ecstasy, the Avalanche players proudly posed with the coveted Stanley Cup yesterday in Tampa Bay.

Since then, every time he had his back against the wall, the Lightning had resisted. Led by Andrei Vasilevskiy, his 1.33 GAA and .956 save percentage, the Floridians were perfect on four occasions.

Like all good things come to an end, this brilliant streak came to an end last night at the Amalie Arena. Nathan MacKinnon, who had been limited to just one goal (and three assists) in the first five games, led the charge in the 2-1 win.

A win that allowed the Avalanche to lift the Stanley Cup for the third time in its history, a first since 2001.

The best since the Oilers

The Halifax forward first leveled the score by registering his 13th in the present series. Subsequently, he was complicit in the goal of Arturri Lehkonen, the man of great opportunities, as evidenced by his four winning goals. This eighth goal of the playoffs from the Finn allowed the Avalanche to take the lead in a game for the first time in 211 min 27 s.

Since Colorado had won Game 4 in overtime after trailing the entire game, we had to go back to the first period of Game 3 to see the Avalanche ahead.

The Lightning made valiant efforts to bring about a seventh and final game, the visitors resisted. It must be said that several Lightning players seemed at their wit's end, their course having been much more winding than that of their rivals.

The Avalanche were crowned champions after playing 20 games (16-4 ).

Since 1987, when the four rounds were a best of seven for the first time, only one team has suffered less than four losses in its history: the 1988 Edmonton Oilers (16-2).

“What I'm feeling right now is unreal,” said Avalanche captain Gabriel Landeskog. I think of my family and especially our child who will always see his father as a Stanley Cup champion,” he added with tears in his eyes.

Not surprisingly, Cale Makar, who some are already comparing to Bobby Orr, won the Conn-Smythe Trophy. The 23-year-old defenseman didn't steal his title as the most valuable player of the playoffs.

Despite a slightly more irregular performance in the last two games, the Albertan led the game in the Avalanche masterfully throughout the tournament.

Moreover, the 29 points (8 goals, 21 assists) he has accumulated during these series ranks him fourth in the history of defensemen behind, once again, Coffey (37 points), Leetch (34 points) and MacInnis (31 points). Of this quartet, only Coffey was not awarded the Conn Smythe.