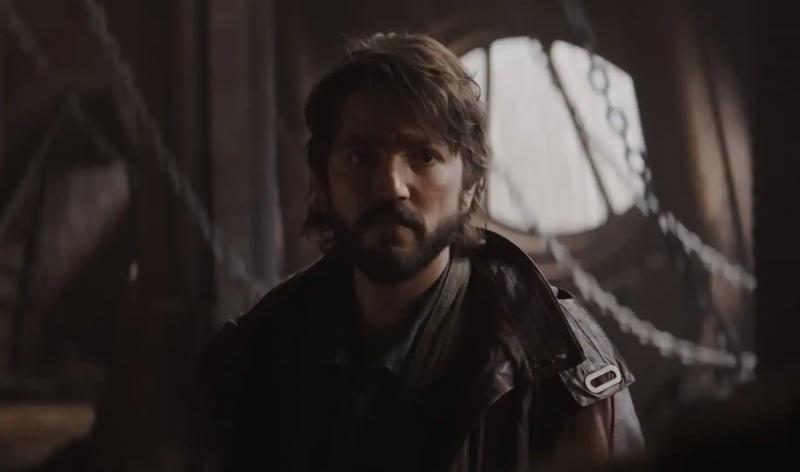 After several Star Wars series led to the spectacular rhythm of roaring lightsaber battles, the new “Andor” saga plays the card of a morally ambiguous galactic thriller to explore the genesis of the rebellion against the Empire, assures its lead actor Diego Luna.

The new series, which begins airing September 21, is the latest in a group of close releases aimed at Disney+ reaching the speed of light, after The Book of Boba Fett at the end of 2021 and Obi-Wan Kenobi, with Ewan McGregor, in the spring of 2022.

Andor, prequel to the critically acclaimed Rogue One, delves into the troubled past of one of the film's protagonists, Cassian Andor (Diego Luna) and the fledgling rebellion, later joined by Luke Skywalker and Princess Leia.

“It's a series about real people. It's a very dark era in the galaxy, there is no jedi,” Diego Luna recently told a virtual press conference.

“These people have to decide how to respond to oppression. It's the most down-to-earth Star Wars you'll ever see.”

Cassian Andor, the eponymous hero, finds himself on a declining industrial planet whose inhabitants survive scavenging and retyping scrap metal, and where discontent simmers with the fascistic Empire.

The series also takes place on Coruscant, the galactic capital. The young Mon Mothma (Genevieve O'Reilly) tries as best she can to play her role as a senator while providing clandestine support to the rebels.

And the saga, created by Tony Gilroy – who wrote the wildly popular adaptation of the Jason Bourne spy novels to film, as well as the Rogue One storyline – also takes time to give more depth to Agents of the Empire.

“Tony is not a writer who sticks to good and bad, black and white,” explained Diego Luna.

“He spends most of his time in the complexity of areas gray, in the contradictions of the characters.”

While the next Star Wars feature films have been postponed, even suspended, after box office receipts and mixed reviews , the universe continues to expand on the small screen.

Coming this way: a third season of Mandalorian and a new series, Skeleton Crew, with Jude Law.

At 12 episodes, the first season of Andor is longer than the previous series. Twelve more episodes are in the works and should lead the plot to the events of Rogue One.

“It takes time to understand each character and (the series ) has time for all the intrigues”, estimated Diego Luna. I just think she's really rich. It's powerful and people will like it, I hope.”