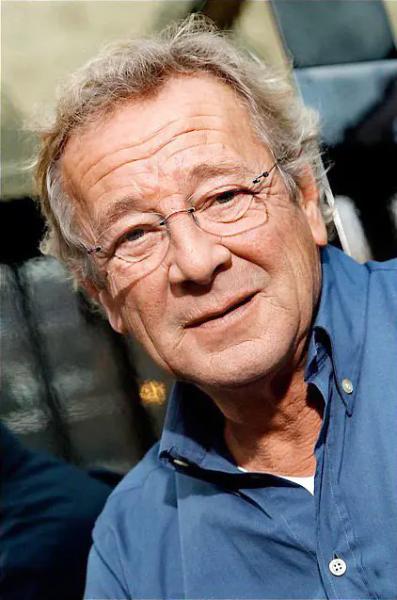 Dubbing specialist, he is the French voice of the big movie stars. Known for his deep voice, it is said to be the most beautiful in France.

As an actor, Darbois made humble beginnings in films for adults.

The actor specializing in dubbing Richard Darbois is the son of the famous comedian Olivier Guimond (photo).

The couple married in Woonsocket, Rhode Island, while touring one of the many little Canadas in the diaspora. When they separated in 1955, Jeanne-D'Arc left for a career in France, where she took the artist name of Jeanne Darbois, the name of the Maid being too heavy to bear in France for a girl from Verdun. .

Olivier Guimond was born in Montreal. But his father, the no less famous Ti-Zoune (1893-1954), grandpa of Pôpa and Môman Paré, Uncle Georges and Madame Jigger, was a child of the diaspora, born in Sudbury according to some sources, in Pembroke according to others.

His grandfather, Pierre Guimond (1827-1909), shoemaker originally from Saint-Jérôme, had settled in Pembroke at the time when Curé Labelle dreamed of populating northwestern Quebec and northern Ontario. to Manitoba to counter the exodus to the United States.

A shoe shiner at the Ottawa train station, Olivier Sr really started at the bottom… of the ladder. It was there that he was scouted by Arthur Petrie, always on the lookout for new talent for his troupe of acrobats. From his first appearance on stage, it was a success. Guimond has charisma and a sense of punch. Petrie baptizes him Ti-Zoune. Nothing to do with the jokes at the bottom of the belt!

Excerpt from the English-speaking wedding of Olivier Guimond (Ti-Zoune) and Effie MacDonald, on April 8, 1914, at the Saint-Jacques-le- minor.

On April 8, 1914, at St-Jacques-le-Mineur church (only the UQAM steeple remains today), he married Euphemia MacDonald (1897-1996), a young Scottish dancer; Olivier will be born on May 21… Oliver in fact, since the most famous comedian in Quebec had an English first name that we Frenchified.

The first miracle of Sainte-Anne-de-Beaupré

“I have almost no more fingers […]. We are three French people here who were tormented together […] The Iroquois made us dance around the fire […] there were more than forty of them and kicked us into it. »

The end of the first Guimond of America was not comical.

Originally from Perche, the life of Louis Guimond (1625-1661) in New France was anything but banal. A few years before the tragic events, afflicted with great pain in his kidneys, Louis moved with difficulty on the construction site of the Beaupré chapel.

To cure his illness, he placed three stones in the foundation , invoking the good Saint Anne. His kidneys are healing (the stones have passed). The news spreads throughout the colony. This is the beginning of the miracle industry on the “Coste des Beaux Prés” that Pope Francis will soon come to bless.