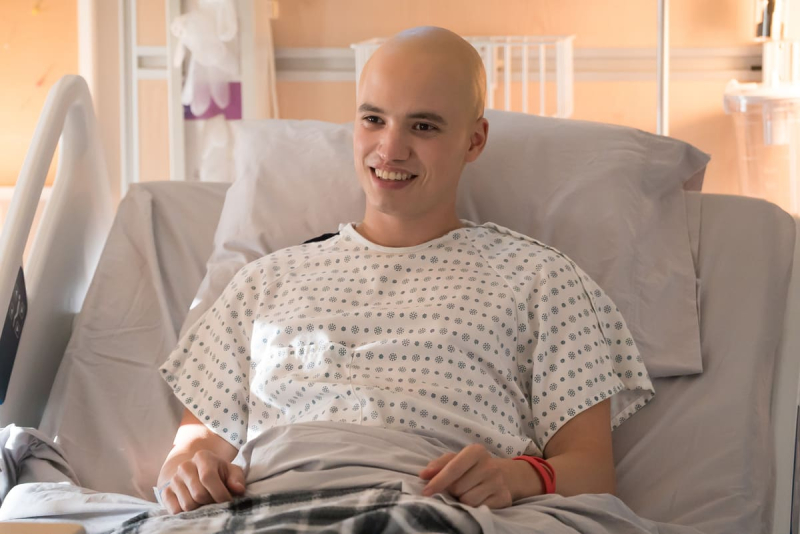 Félix (Anthony Therrien) is due to undergo another surgery at the start of the second season of the “Les bracelets rouges” series, which returns to the TVA antenna this Tuesday.

The young amputee, who is the mainstay of the band of young patients – they are moreover there to support him in this umpteenth ordeal –, has not finished with cancer and he even does, during the operation , a dream that we don't want to be premonitory… Like Kim (Léanne Désilets) last season, will another red bracelet be taken away by illness in the 10 new episodes?

When he wakes up, Anthony has a new roommate, Margot (Margot Blondin), who has ovarian cancer, like his mother who died of it. It is Dr. Robillard (Éric Bernier) who takes care of her. Her father (Patrice Godin) is still in mourning for his wife, so much so that he is coping very badly with his daughter's illness.

Justin, who is now camped by Antoine L'Écuyer, replacing Noah Parker, is learning wheelchair basketball, a sport in which, from the outset, he excels less than in hockey. He and his girlfriend Flavie (Audrey Roger) want to move in together, but we'll see if everything goes as they wish. Justin's father, Patrick (Sébastien Delorme), seems to want to support his son, at least better than he did when he learned that he was going to have an amputation and thus had to give up his dream of becoming a movie star. the NHL.

The funniest of the bunch, Kevin (Étienne Galloy), is always present at the Hôpital de la Rive where he does community work and becomes the clown on duty. At the start of the season, it looks like Kevin is even finding a job. He is doing much better than Lou (Milya Corbeil Gauvreau), who is still in psychiatry and remains unstable.

It's good to find the red bracelets, the medical staff as well as the parents, like Anne (Isabelle Blais), the mother of Albert (Malick Babin), who has finally woken up. Anne would like her son to get back on his feet more quickly – let's just say he's not very playful or talkative – and she always seems to be hovering around Dr. Michaud (David Savard).

We'll also do the acquaintance of Rania (Alecia Haswani), who is separated from her family following a violent fire.

Benoit Pilon is directing the second season, replacing Yan England, retained by a another project, “Rematch”, developed with André Gulluni (“Portrait-robot) and intended for the Franco-German channel ARTE. The actors Michel Brouillette and Stéphanie Perreault, who play in the series, sign the texts again. The same themes transpire, namely friendship, solidarity, mutual aid and courage.