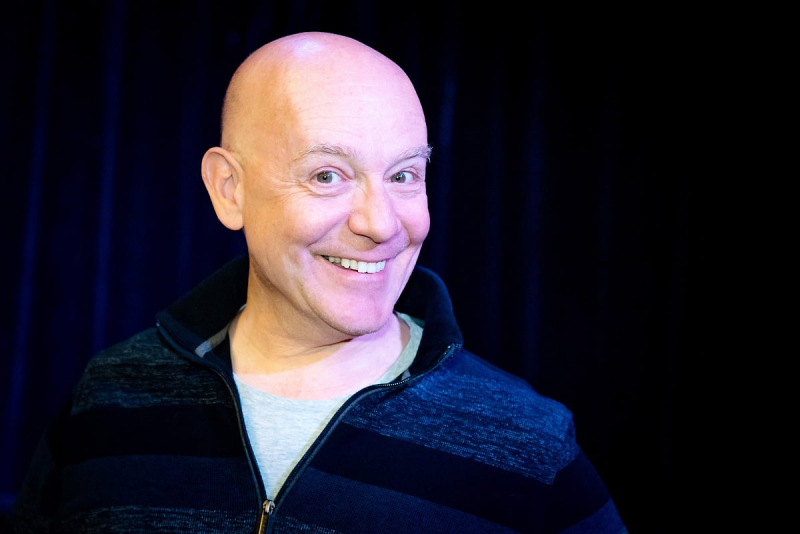 The children of the 1970s were spoiled by the youth television offer. They were able to watch fragmented productions with characters who were just as fragmented. The actor Stéphane Jacques is well aware of the privilege he has had of being able to rub shoulders with stars such as Bobino, Sol and Gobelet or even Major Plum Pudding. As he puts it so well, he and his sister were treated to “great art”. p>

I was a kid in the 1970s, so for me, it's like the golden age of kids' shows. Radio-Canada was a pioneer. We were entitled to Bobino, Sol et Gobelet, La Ribouldingue, Le Major Plum Pouding… Programs with total creative freedom.

What are your most beautiful TV memories related to childhood?

On Saturday mornings, my sister and I got up before everyone else and we were allowed to stay in our pajamas and watch cartoons all morning.

Not too much. We played away a lot more than we do now, but we never missed Bobino when we got back from school.

Sol in Sol and Gobelet.A naive clown beautifully interpreted by Marc Favreau with whom I had the chance to work at the start of my career. I loved his naive and blundering side full of poetry, great art.

Is there still a song from a show that sticks in your mind?< /p>

The Goldorak theme song. We did not skimp on quality at that time. Great composers were hired for the musical themes.

The character Paillasson played by Jean-Louis Millette in La Ribouldingue. He was an always cheerful clown and I would have liked to taste the famous chocolate potatoes.

Which universe would you like the children to discover?

It would be fun to have a children's show set on a farm, with all the talking animals.

What do you think of today's children's TV?

Obviously, we can no longer do 1970s TV… The loss of freedom of creators, supervised today by psychologists, results in programs that are more polished, wiser and I find that it lacks a bit of madness. That said, our TV continues to offer high quality children's programming.

♦ Stéphane Jacques is currently lending his features to Philippe in the series Anna et Arnaud broadcast Tuesdays at 8 p.m. on TVA.