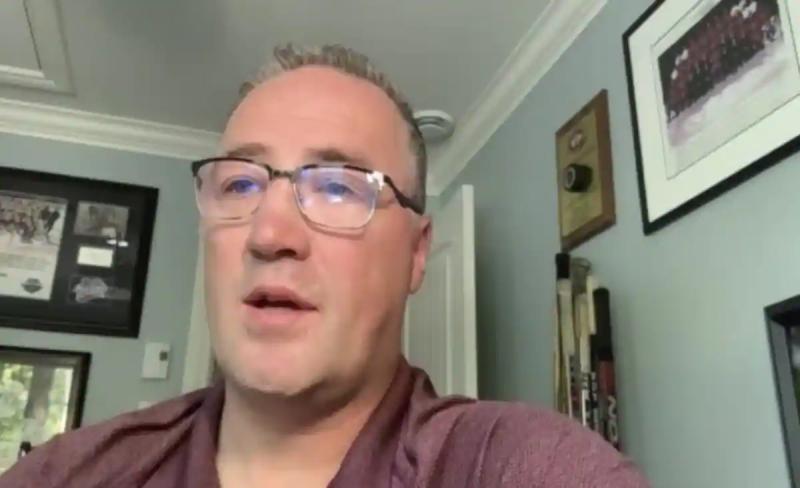 A year ago, Stéphane Robidas led the Cantonniers de Magog in the M18 AAA League. In June, he chose to move up the ranks by accepting an assistant position to Stéphane Julien with the Sherbrooke Phœnix in the QMJHL.

But the Montreal Canadiens have disrupted the plans of the former NHL defender. Robidas will retain an assistant role, but he will do so with Martin St-Louis behind the CH bench. Kent Hughes hired him to replace Luke Richardson as the top defenseman.

“I will not change as a person and as a coach,” he said. The human relationship is the same with a 15 year old or a 30 year old. They don't have the same experience, but they need to be talked to. It's still a human relationship. I played quite a long time in the NHL and I played for several different coaches.

“In the past, I also worked as a development manager with the Toronto Maple Leafs,” he continued. In my tasks, I could work with 26, 27 or 28-year-old defenders. So I also have experience with older people. But it's still hockey. Above all, I will have to earn the respect of my players. To achieve this, you must above all respect them.”

“I will not come here as a saviour. I don't have to save the Montreal Canadiens, it's not my job. I will be here to help the defenders in their development. We also have Adam Nicholas as a skills coach who will provide his ingredients. There is Francis Bouillon as development coach. We are a team.”

Robidas insisted on the word development. In his first season in Montreal, the one who had his best seasons with the Dallas Stars will have to work with a very young brigade of defenders.

With Joel Edmundson's back injury and his absence for an indefinite period, David Savard, Michael Matheson and Chris Wideman will be the most experienced defenders.

“We know that there will be room for defense, but the camp is still young, underlined Robidas. We saw the young people in Buffalo and we liked several young people. There will be great battles at camp.”

“With Savard and Matheson, we have two good veterans, he continued. Wideman is also quite old and he has a good bearing. The lack of experience does not scare me.”

Kaiden Guhle, Jordan Harris, Justin Barron, Arber Xhekaj and Corey Schueneman will be knocking on the door of the big club. In this group, there will also be Mattias Norlinder and Otto Leskinen who will want to make their place during the preparatory calendar.

Robidas drew a parallel with golf to describe his mandate with the Habs.&nbsp ;

“I see it as a caddy in golf,” he replied. I will be there to help our defenders. My job will be to guide them and send them in the right direction. We will have young and old. It's a cliché, but I would like us to improve every day with our defenders.”