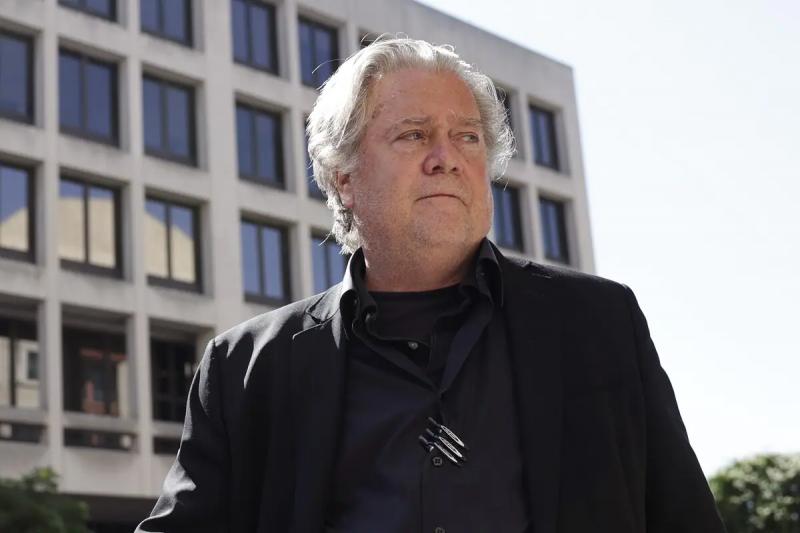 The sulphurous Steve Bannon changes his tune and he will testify before the commission responsible for shedding light on the assault of January 6, 2021. This announcement comes as Donald Trump officially clears him in a letter relayed by the New York Times.

For those who If you've forgotten, Bannon has a long track record and his life could be the subject of a thriller. The man served in the US Navy, he played investors, dabbled in cinema in Hollywood before helping to develop Breibart News, an organ of propaganda for the alt-right.

If the platform presents itself as a pro-truth medium, a counterweight to the progressive turn of certain major media, it also conveys far-right ideas. We sometimes pour into misinformation and knowingly relay the words of white nationalists or neo-Nazis.

Bannon's wildest dreams materialize in 2015, when Donald Trump descends the escalator of Trump Tower . Bannon reportedly compared the scene to Leni Riefenstahl's Nazi propaganda film The Triumph of the Will. Trump became Hitler.

After having actively participated in the electoral campaign, Steve Bannon will enter the White House in the company of his protege. His time there will be short-lived since Donald Trump dismisses him after he agreed to collaborate on the book Fire and fury by Michael Wolff.

It seems that the boss later forgave him his bewilderment, since he will grant him a presidential pardon just before leaving office. Bannon was accused of having embezzled funds, fraudulently collecting more than a million dollars.

You have to have all these facts in mind to understand the former adviser's sudden willingness to cooperate. That, and the fact that refusing to cooperate could risk two years in prison and a hefty fine.

True to Trump, it would be surprising if Bannon incriminated him. He will choose well the questions he wishes to answer and can always invoke the 5th Amendment to avoid incriminating himself.

It is no coincidence that Bannon testifies when the former president gives his “permission”. The storyline of the hearings is set by the Democrats and two Republican political opponents. With Bannon in attendance, Trump hopes to regain some of the initiative.

Will Bannon's testimony be enough to sway perceptions? What he is accused of, with supporting evidence, is serious. We know he attended a meeting of those close to the president in the hours leading up to the Jan. 6 assault and that he promised we would see “unleashing hell.”

Again , I invite you to stay tuned. Nothing is trivial with Steve Bannon and his designs are dark. The possibility of dirty tricks is real and beyond spectacle, it will once again be necessary to stick to the facts.