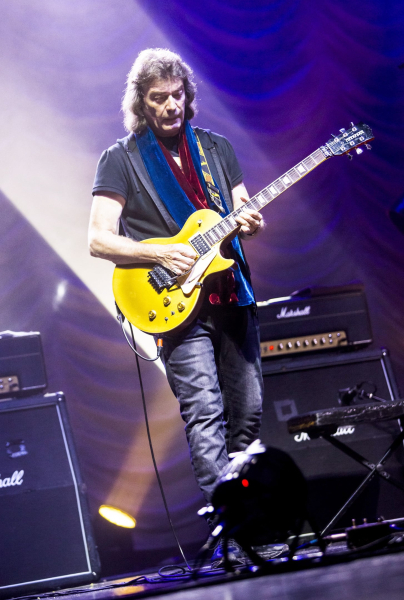 Steve Hackett has been bringing the “old” back to life since 2013 Genesis hardware. He tackles, this time, the mythical album in show Seconds Out, which he presents in full.

It covers the songs found on this double album recorded in 1976 and 1977 during the A Trick of the Tail and Wind and Wuthering tours and on which we find the Squonk, Firth of Fifth, The Cinema Show, Supper's Ready and the explosive double Dance on a Volcano/Los Endos.

Steve Hackett and his musicians will be performing on Tuesday evening at Salle Wilfrid-Pelletier in Montreal, and on December 4 at the Grand Théâtre de Québec.

Seconds Out, as the title suggests , also marked the end of the association between the 72-year-old guitarist and the British band that made him famous.

“I didn't know, on the Wind of Wuthering tour, that I was for leaving the band. I was thinking about it. I wanted to do things solo and Genesis forbade me. I liked the band, but I also wanted to grow as a musician and lead my own band,” he said in an interview.

Steve Hackett admits that this questioning did not prevent him from experiencing good times during this tour which stopped at the Montreal Forum and at the Coliseum of Quebec.

“Genesis was getting bigger. It was a time when everything we did worked. There is no doubt about it. We were at our highest level as a group. We were brilliant on stage and the audiences were fantastic. And all this happened after the not easy departure of Peter Gabriel and the arrival of Phil Collins as singer “, he pointed out.

For many progressive rock fans, Seconds Out is a of the best live albums of all time. Steve Hackett doesn't totally disagree with this statement, but he does have reservations.

He launched, last fall, with his musicians, his own version of Seconds Out. Genesis Revisited Live: Seconds Out & More, was recorded in Manchester, during the UK segment of this tour.

“I think the result is superior to Seconds Out. You can hear my guitar and that's a big improvement over the original version,” he said.

The guitarist has given many concerts over the past nine years where the emphasis was on Genesis music. He has touched very little on the material of these five solo albums he has released since 2003. Surrender of Silence, his last, was released in 2021.

“I may go to this direction after the Foxtrot at Fiflty tour which could pass through North America in 2023, where I will cover Foxtrot in full. I have very strong material on Surrender of Silence and I would like to do more live”, he mentioned.

Steve Hackett does not intend to do a tour where he would perform the entire album The Lamb Lies Down on Broadway. There are bands that do it, he said, referring to Quebecers from the tribute band The Musical Box.

“I prefer to pick one from everywhere in the repertoire. The Seconds Out and Foxtrot tours are, in my opinion, the best of Genesis. There are promoters who would like me to do The Lamb. I don't have a plan, right now, to go in that direction,” he remarked.