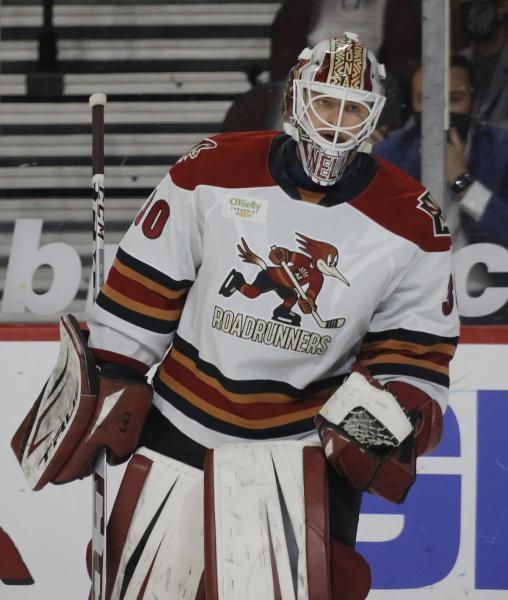 Quebecer Steve Potvin will take over the helm of the Tucson Roadrunners in the American Hockey League (AHL) with the firm intention of setting new standards of excellence within the club-school of the Coyotes of the 'Arizona.

Appointed on Thursday, the team's new driver did not skimp on sharing his vision of things with the media.

“We are going to put standards in place that will take us from good to great. That's what we're here for, and we look forward to every challenge,” the 47-year-old enthused, according to the Coyotes' official website.

< p>Potvin once managed the Roadrunners. It was during the shortened 2020-21 campaign, when Jay Varady earned a promotion to an assistant with the Coyotes. The latter then returned behind the bench for the Roadrunners last year, but he accepted an assistant role with the Detroit Red Wings this summer.

When looking to replace Varady, Roadrunners general manager John Ferguson didn't have to look too far. Potvin was indeed the right man. He seems to be particularly popular with the players, he who has been behind the bench for the team for five years.

Potvin makes a point of listening to his players and this proximity seems allowing him to earn points with the organization.

“I think everyone needs a mentor,” Potvin said. For us, development means seeking the truth. Seeking the truth is seeing what the players are doing really well, and sometimes trying to find out what their weaknesses are, you have to dig and look for the truth.”

Having already been the team's head coach in the past, Potvin also considers himself better prepared for the coming season.

“This opportunity to take this place, to be the head coach and understanding what it's like to be in the role, so to speak, was really beneficial for me. I think it was a period of major growth for me. Now it makes you a little more prepared and you're a lot more confident about your day-to-day approach.”

Born in Montreal, Potvin himself played in the AHL for four seasons from 1995 to 1999 without managing to reach the National League. The right-winger then continued his career in Germany, Switzerland, Sweden and Denmark, before playing a final campaign in the defunct Central Hockey League with the Arizona Sundogs in 2009-2010.