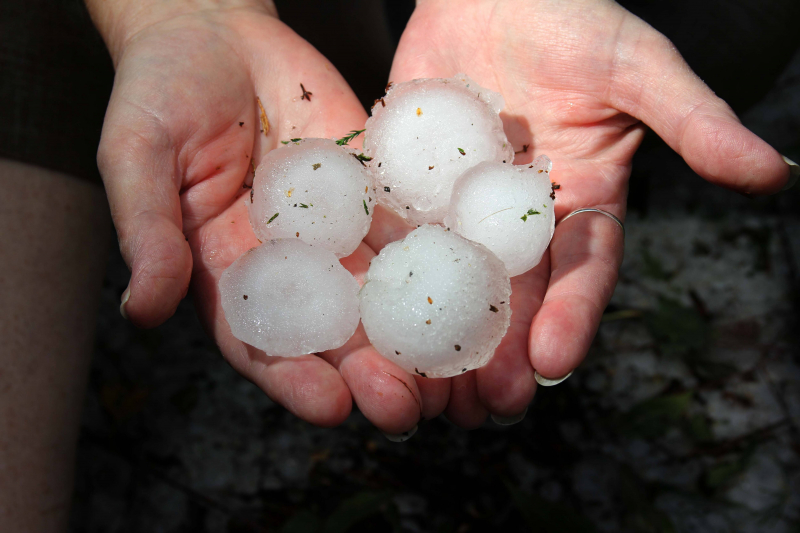 A 20-month-old girl died overnight from Tuesday to Wednesday in northeastern Spain after being hit by hailstones during a rare storm, reports said. local and health authorities.

A hailstone “fallen on her head” and “she did not survive”, explained to RAC1 radio Carme Vall, municipal councilor at the town hall of La Bisbal d'Empordà, a town near Girona in Catalonia which was affected by this storm.

“The hail only fell for ten minutes, but it was ten minutes of terror she added.

The hospital in Girona, where the child had been transferred, said she was 20 months old and confirmed that she “died that night in our establishment”, without giving more details.

Hail fell on Tuesday afternoon in La Bisbal d'Empordà, causing enormous damage due to the size of the hailstones, whose diameter reached up to 11 centimeters, lon Carme Vall.

The stained glass windows of the town's church were notably shattered by the impact of hailstones, according to photos published by the town.

These scoops of ice hard as rock also damaged many cars, some of which had sunken roofs or broken windows, or public benches, according to images broadcast by public television.