By Quentin Piton Journalist Series – Cinema Journalist specializing in series, cinema, but also anime and manga. Spends his time dreaming of Emma Watson, considers Olivier Giroud the GOAT and refuses to speak with those who are against the absolute truth which is: How I Met Your Mother is a better series than Friends. We don't yet know the release date for season 5 of Stranger Things, but that shouldn't stop us from thinking about the sequel to the Netflix series. And that's good, there are already many theories around Vecna, Max or Borys that particularly excite us. We take stock!

It was the big surprise revelation of this season 4: Vecna ​​is the big bad of the series. Unless… If Henry is indeed convinced that he is the master of the current chaos thanks to Eleven who sent him to the Upside Down, one theory suggests that he would really only be a puppet without the to know. From whom? Simply Mind Flayer.

Yes, where Henry/Vecna ​​thinks he's the one in control of this creature – after all, he's seen forming it to his liking, the theory suggests that the Mind Flayer would simply let himself be the better to land in our world and destroy it. After all, when Vecna ​​disappears, burned, in the finale, we can see that he takes the form of the particles of the Mind Flayer, as if he was the one who managed it from a distance. Above all, if Henry's goal was to infiltrate our world through Hawkins with his various portals, why were there others in other countries? According to the theory, they could have been created, in the past, by the terrible monster of the Upside Down during vain attempts at invasion.

A question now: if the Mind Flayer is really the enemy of the series, Vecna ​​- aware of having been manipulated, will he join Eleven at the end to fight him? Or will Eleven be strong enough for this? We can't wait to find out. 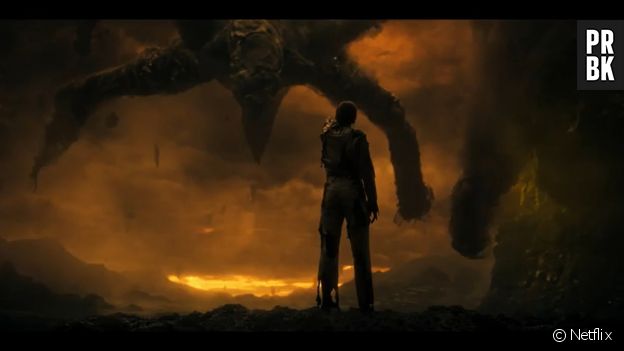 Stranger Things season 5: these 4 incredible theories about the end of the series ( watch out, there's one you're going to hate)

New villain on the way?

Since the beginning of the series, all the villains that we see are inspired by the game Dungeons and Dragons. But followers know, there is one – the worst of all (we put the Mind Flayer aside), who has not yet been mentioned: Borys. An oversight? Surely not. According to the theory of the moment, on the contrary, it would have been reserved for the grand finale.

And for good reason, this one is described as a kind of giant red dragon that spits horrible flames. Does it remind you of anything? Not only does it match Nancy's recent vision of the future, who said she had seen a new gigantic monster still unknown until now, but above all, it strangely echoes the creature drawn by Will in his painting. Suffice to say that the young heroes could again suffer like never in the sequel to Stranger Things given that, in this drawing, they were in the front line facing her.

On this subject, a very important new question may arise: in the event that this theory were to be verified, will this Borys disembark as if nothing had happened in our world in 'I've been hiding since the beginning' or will it be… yet another transformation of Vecna? After all, the villain has already changed a lot since his appearance in the Upside Down and it wouldn't be surprising to see him take advantage of the time jump to master new powers in order to come back stronger.

Stranger Things season 5: these 4 incredible theories on the end of the series (be careful, there's one you're going to hate)

Is Max hidden in Vecna ?

Good news, Max is alive after being resurrected by Eleven. Bad news, she is now in a coma. What to understand that we will not see it from season 5 of Stranger Things? Maybe not. According to one theory, Sadie Sink's heroine is actually stuck… in Vecna's mind.

Why ? How ? As one fan recalled, when Henry revealed he killed the lab kids, he confessed that they weren't actually gone, but were still inside of him. A theory validated in part 2 of this season 4 by Dr. Brenner, who recently recalled this: “When One kills, he does not just kill. He consumes everything that his victims are and everything they could have been“.

Also, by saving him from dying, Eleven may have allowed Max to stay awake in One's mind without him realizing it. It remains to be seen what she could do about it, but we wouldn't be surprised to see her fight it from the inside, perhaps even with the help of the “spirits” of the other children… 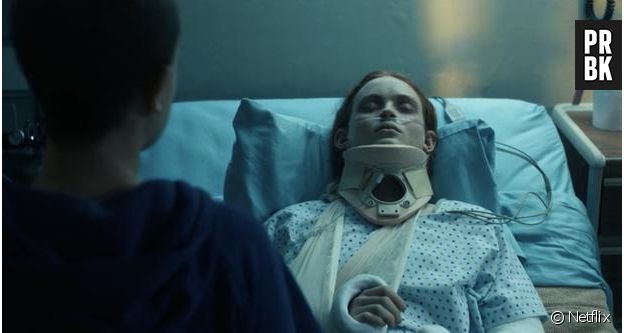 Stranger Things season 5: these 4 incredible theories on the end of the series (be careful, there's one you're going to hate)

“And to in the end, everything was wrong”

If we strongly invite you to discover this theory on the possible role that Eddie could play in season 5 (yes yes, you read that right), we decided to end this article with the most lame, the most cliché and the as fart as possible that would infuriate more than one fan. Are you ready?

According to a fan, the whole plot of Stranger Things… doesn't exist. While heroes/villains either have the names or characteristics of in-universe characters from Dungeons & Dragons, this Internet user is convinced that the end of the series will allow us to discover that everything we have followed since the beginning was nothing but a game played by Dustin, Will, Mike and Lucas, with a universe slightly revisited.

So that would mean that not all the dead would really be dead (Yippee!), but it would also mean a very important thing: Eleven would not exist, it would simply be 'a creation of the band for the game. And strangely, it's hard to believe. 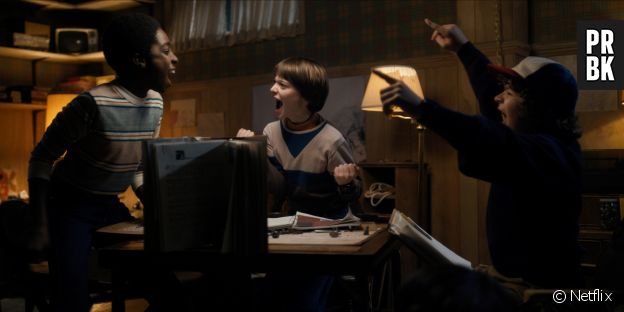 Stranger Things season 5: these 4 incredible theories on the end of the series (beware, there is one that you will hate)

Note that among the other theories at the moment, there is also one that ensures that the mother of Mike and Nancy could have a big role to play next year (after all, she is the only supporting actress to have had the right to a poster this year with Henry's terrible house in the background). On the other hand, nobody really knows what it could do.

Another interesting theory? The concept of time travel could be explored. While One and Eleven's powers seem to be limitless, seeing so many clocks being used this year and hearing Vecna ​​give a very victorious speech in “you've already lost“, as if he knew the future – he who notably described himself as an “explorer”, all this suggests that a battle of time could soon take place.

How? Hard to say, but it would erase the damage to Hawkins, but also… bring some characters back to life. On the other hand, it could also erase everyone's memory and therefore end the relationship between Mike and Eleven.