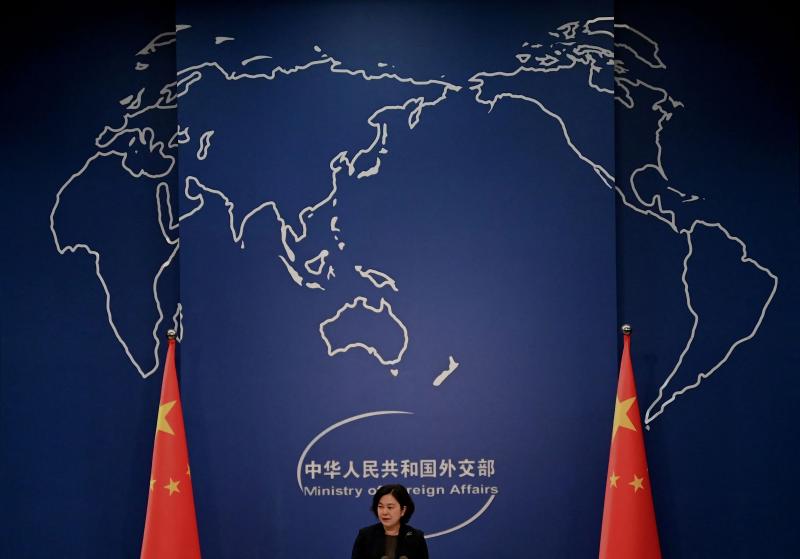 Here is why relations between Washington, Beijing and Taipei are akin to an ongoing military and diplomatic balancing act:

The deep political and ideological divide between Beijing and Taipei dates back to the Chinese Civil War, which broke out in 1927 between the nationalist forces of the Kuomintang (KMT) and disparate groups of fighters supporting the Communist Party.

In 1949, defeated by Mao Tse-tung's Communists, the head of the KMT, Chiang Kai-shek, withdrew to the island of Taiwan still under his control. From there, the nationalists continue for years to consider themselves the legitimate government of all China. Just as the People's Republic of China today continues to consider Taiwan as part of its territory to be reunified one day or another, by force if necessary.

Taiwan, whose official name remains “Republic of China”, was subject until 1987 to martial law. In the 1990s, democracy was consolidated on the island, which over the years had developed an identity distinct from that of the mainland. Taiwan lifted the state of emergency in 1991, de facto ending the state of war with the “communist rebellion”, therefore with Beijing. Then begins a slow rapprochement.

But relations soured again in 2016 with the election of President Tsai Ing-wen, who favored a formal declaration of independence for the island, a “red line” for Beijing.

In 1950, Taiwan became an ally of the United States in the war against China in Korea. But in 1979, when it became clear that the Kuomintang would never regain power on the mainland, Washington severed relations with Taipei and recognized the People's Republic of China.

At the same time, the United States continues to provide decisive support to Taipei. Under a law passed by Congress, Washington is required to sell weapons to Taiwan so that the island can defend itself against the powerful Chinese People's Liberation Army.

But the United States maintains a “strategic ambiguity” by refraining from saying whether or not it would intervene militarily to defend Taiwan in the event of an invasion. It is this concept that has made it possible to maintain a certain stability in the region so far.

Faced with the growing aggressiveness of China, especially since the coming to power of President Xi Jinping, the he idea of ​​abandoning strategic ambiguity for good is beginning to gain ground in Washington. Russia's invasion of Ukraine, raising fears that Beijing might one day do the same to Taiwan, has given proponents of “strategic clarity” a leg up.

The Chinese regime, staunchly hostile to any form of international recognition for Taiwan, perceived the visit to Taipei of Nancy Pelosi, the third highest ranking figure in the American state, as a major provocation, and launched military exercises of a scale and of unprecedented intensity all around the island.

Yet analysts agree that Beijing does not wish – at least for now – to go to war against the United States and their allies over Taiwan.

In application of what is known as the “one China policy”, Washington officially recognizes a single Chinese government, that of Beijing. But, at the same time, the United States is wary of endorsing Beijing's position that Taiwan is an inalienable part of the one China that will one day be reunited.

The United States believes that it is up to Beijing and Taipei to find a solution, but opposes any use of force to change the status quo.

Officially, Washington does not recognize Taiwan. But in fact, Taiwan enjoys all the benefits of a full diplomatic relationship with the United States. The latter do not have an embassy in Taipei, but an “American Institute” serves as one. In the United States, the “Taipei Economic and Cultural Representative Office” is also an embassy that does not say its name.

Only 14 countries still recognize Taiwan diplomatically. Beijing, which campaigns tirelessly to prevent international recognition of the island, reacted strongly last year when Taiwan opened a representative office under its name in Lithuania – the other unofficial embassies use the name “Taipei”, more acceptable to the Chinese regime.

The United States and a growing number of other countries are campaigning for Taiwan to be admitted to certain United Nations bodies, such as the World Health Organization ( WHO).