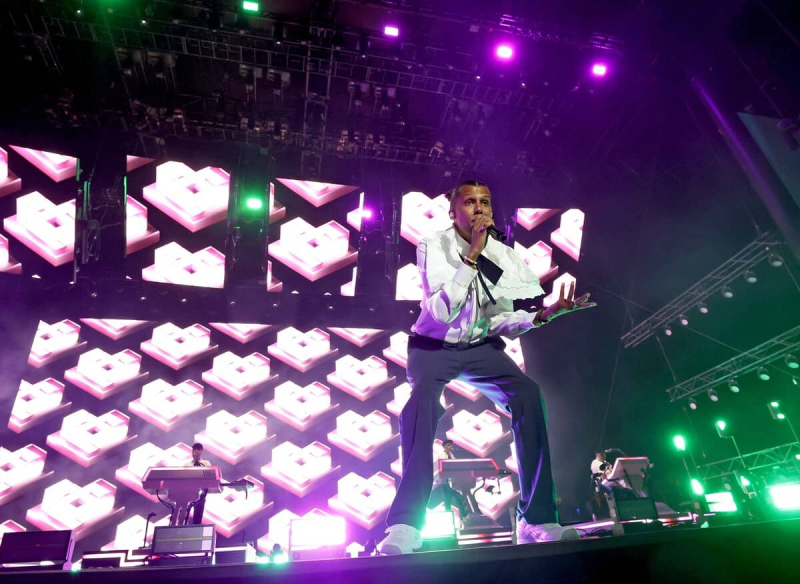 Stromae has a sense of showmanship. We had already seen their two very popular concerts at the Bell Center in 2015. This time, the Belgian will play five times in Quebec (4 dates in Montreal and one at the Videotron Center in Quebec City). And if we trust videos shared on social networks during his shows in New York this week, the visit of the singer to Montreal will once again be grandiose.

• Read also: In Quebec for 5 shows: here are 7 things to know about Stromae

Stromae did a few dance steps in front of the thousands of New York spectators who came to see him this week during two sold-out concerts at Madison Square Garden.

As seen in these two videos, the lights greatly help to set the mood in the arena.

Stromae of course delivered his mega-hit So We Dance, and the whole of Madison Square Garden turned into disco.

Whatever the result of the #WorldCup – which of course 🇧🇪 will win, but that's a different topic – we already had our national victory last night when @Stromae took over a sold out MSG in NYC. 🎤🕴🏼

The power of music to unite people is just … wonderful! 🎶

The title Papaoutai also got the crowd going.

In the first part of Stromae, the South African rapper and poet Sho Madjozi seems to have delivered quite a performance with two dancers. She will also be in Montreal. A performance not to be missed.

Shout-out to @ShoMadjozi for an epic performance at the MSG opening for #stromae.. you're hilarious ,loved the performance .. have fun at the tour pic.twitter.com/7DKs9lNxb6

You did such an amazing job at the MSG..loved it ,🥳🎉💐👏🏿🥂 your opening for #Stromae was Epic.. congratulations have fun at the tour #madjoziMSG pic.twitter.com/up56ft05NG

The singer spent 10 days on the North American West Coast, at the start of the months, playing in Los Angeles, San Francisco and Vancouver.