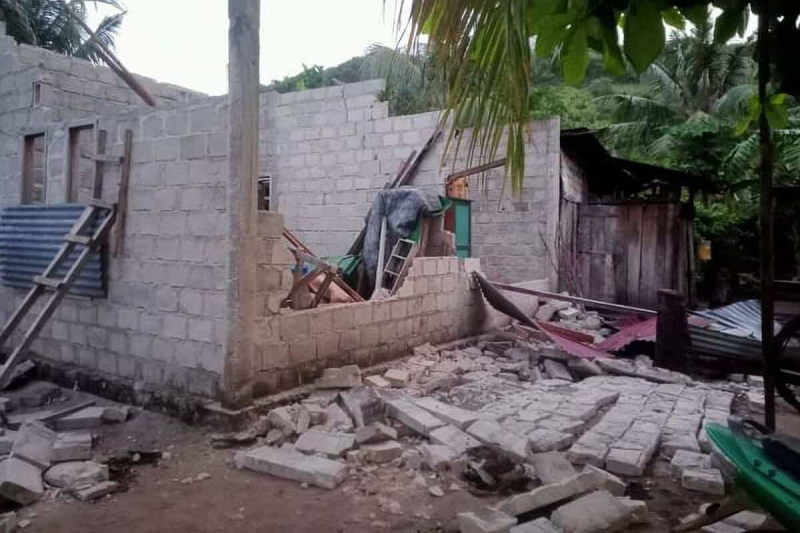 A strong earthquake of magnitude 7 struck the Moluccas Islands in eastern Indonesia on Wednesday, prompting panicked residents to flee their homes.

The epicenter of the earthquake was located at sea 150 kilometers northwest of the island of Halmahera in the Moluccas archipelago, at a depth of 48 kilometers, said the American seismological institute USGS.

“The quake was felt for 15 to 20 seconds. The tremors were quite long,” said an AFP journalist on the island of Morotai, in the Moluccas archipelago.

“Some residents came out because they were afraid the buildings would collapse.”

The Hawaii-based Pacific Tsunami Warning Center (PTWC) had warned that waves of tsunami were “possible” up to 300 kilometers around the epicenter, before lifting its warning.

The Indonesian Meteorology, Climatology and Geophysics Agency (BMKG) said that the first quake was followed by five aftershocks, the main of which had a magnitude of 5.3.

Indonesia experiences frequent seismic and volcanic activity due to its position on the Pacific 'Ring of Fire', where tectonic plates collide.

As of November 21, 602 people had perished in a magnitude 5.6 earthquake that shook the densely populated province of West Java on the main island of Java.

More recently, a magnitude 7.6 earthquake struck produced on January 10 off Indonesia and East Timor, also in the ocean depths. It injured one person and destroyed 15 homes and two schools, according to the disaster management agency.

Indonesia's deadliest earthquake, which struck off Sumatra on December 26, 2004, caused more than of 230,000 dead as far as Sri Lanka, India and Thailand and had caused gigantic waves, reaching up to 30 meters in height on the shore of Banda Aceh, north of Sumatra. It was magnitude 9.1.