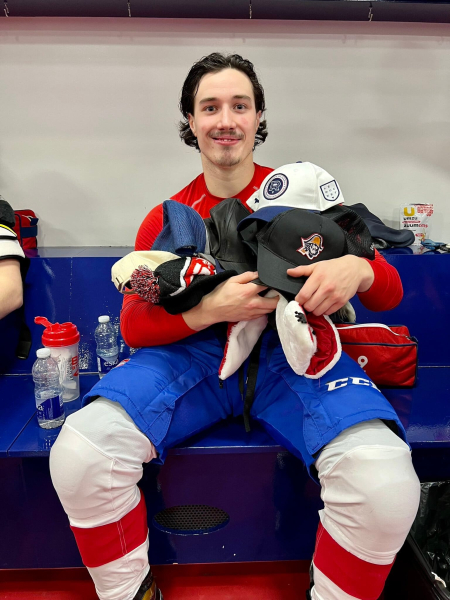 A stellar start paved the way for the Laval Rocket to win 6-3 in front of their fans on Wednesday night against the Manitoba Moose.

In the victory, Rafaël Harvey-Pinard made the difference by scoring three goals. The Quebecer scored in each of his team's periods, in addition to adding an assist. Forward Rem Pitlick was also an accomplice on four home side goals.

The Rocket wasted no time scoring on three of their first six shots to stun the visitors in the first period.

Xavier Simoneau returned to action for the first time in almost a month, after being injured in the face by a stick.

In addition to being chased three times in the game, the fiery forward – a sixth-round pick of the Montreal Canadiens in 2021 – joined the party on his team's fourth goal by amassing an assist. His accomplice, Nate Schnarr, deceived the vigilance of goalkeeper Oskari Salminen who yielded four times in the first eight minutes of the match.

After 20 minutes, the damage was done. Laval remained in control until the end thanks to Harvey-Pinard and Jesse Ylonen who drove the final nail into the Moose's coffin in the third period,

Goalkeeper Kevin Poulin made 24 saves in the victory , his seventh this season.

This third consecutive triumph also allows the Rocket to remain at the height of the race in the North Division, with 30 points, which allows it to be in fifth position . In this section, only seven points separate the Cleveland Monsters, who are in seventh place, and the Utica Comets, who are in third place.

The Moose and the Rocket will meet again on Friday evening, at Place Bell.