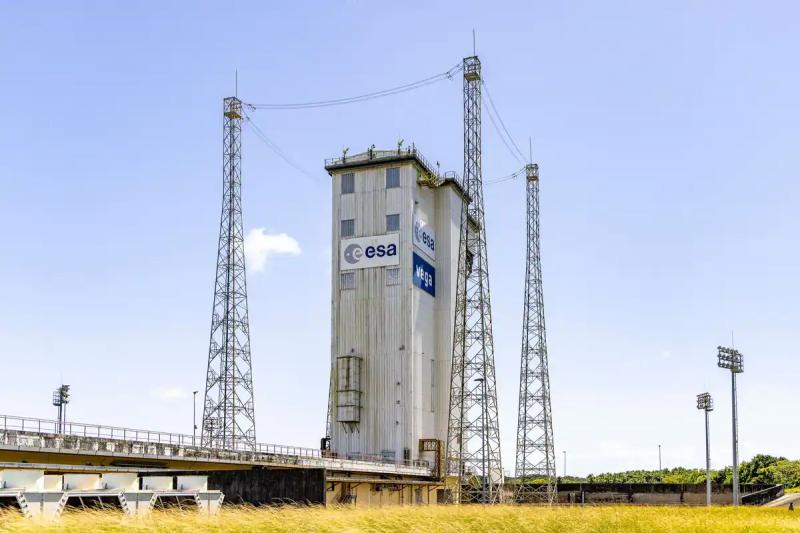 The Vega-C rocket, a more powerful evolution of Vega, carried out on Wednesday with its success, its inaugural launch from the Kourou space base, in French Guiana, placing several scientific payloads in orbit at 5800 km from 'altitude.

The European launcher, under Italian prime contractor, rose above the launch pad at 1:13 p.m. GMT, quickly piercing the thick cloud cover above the Guyanese jungle, according to the live broadcast of the European Space Agency (ESA), responsible for the program.

“Nominal trajectory, calm piloting, normal onboard parameters”, announced the director of operations as the rocket rose in the sky.

Two hours and ten minutes later, the fourth stage of the launcher released at an altitude of 5800 kilometers several scientific loads developed by universities, which found free space on board because it is a qualification flight of the rocket. .

In addition to four “cubesats” weighing a few kilograms, these included LARES-2, a 300 kg metallic sphere used to study the effect of gravity in orbit.

< p>This deployment marked the end of the mission, triggering cries of joy in the Jupiter control room where the launch was supervised.

The launch took place two hours late, with the countdown twice interrupted less than two minutes before liftoff for technical checks after anomalies were reported.

Vega-C, C for “consolidation” according to its industrial prime contractor, the Italian Avio, is an improved version of the Vega light launcher, fired 20 times (with two failures) since 2012.

With 35 m in height, Vega-C is a little taller and wider than Vega and can put into a polar reference orbit at an altitude of 700 km up to 2.2 tons of satellites, compared to 1.5 tons for Vega.

With its increased performance, Vega-C can address 90% of the market for satellites in low orbit at a few hundred kilometers altitude, compared to half for Vega, according to Avio.< /p>

This light launcher is considered the little sister of Ariane 6. The two programs were launched in 2014. Vega-C will be able to carry out some of the missions previously assigned to the medium Russian Soyuz launcher. The latter was, until the invasion of Ukraine by Russia, also marketed by Arianespace and fired from Kourou.

The first stage of Vega-C, the P120C, is also used as a booster Ariane 6 booster, a rationalization allowing Europeans to develop a more competitive family of launchers against American competition.

The fourth stage, the Avum+ module, can be reignited, allowing the satellites to be positioned in different orbits before de-orbiting itself so as not to leave any debris in space.

The war in Ukraine has raises fears of a break in the supply chain: the motors of Avum modules are manufactured in Dnipro, southeast of kyiv. But stocks of engines have been built up and the operation of Vega is “assured in the medium term”, according to Daniel Neuenschwander, director of space transport at ESA.

After this qualification launch, the manifesto of the Italian rocket includes nine launches (seven for Vega-C and two for Vega), according to Arianespace. ESA is counting on four to six launches per year.

“We will use the data and return to flight as quickly as possible”, promised Daniel Neuenschwander, congratulating the teams from the Jupiter room.

Vega's next flight is scheduled before the end of the year with a Vega-C rocket carrying Pleiades Neo Earth observation satellites, designed by Airbus.

Twelve countries contribute to the Vega program, led by Italy which provides 52% of the financial contributions.