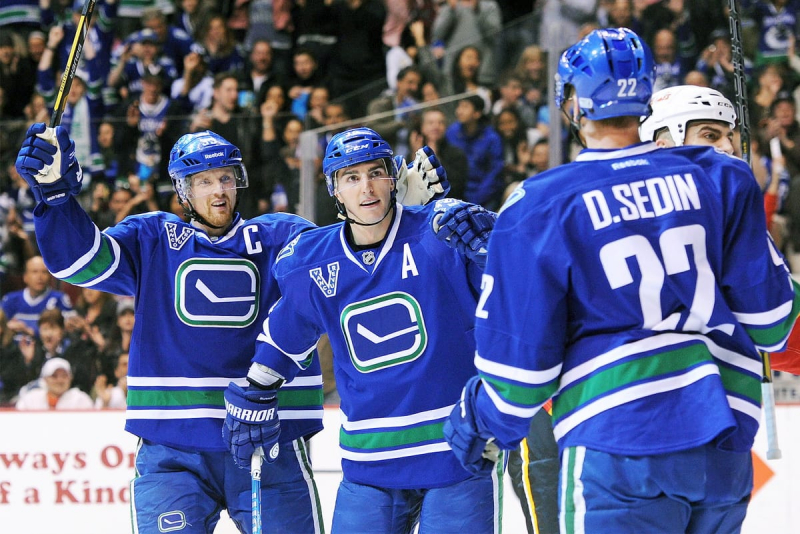 TORONTO | February 10, 2009 is a special date for Alex Burrows. During a game between the Canucks and the St. Louis Blues, it was the first time he had the chance to complete the line of Daniel and Henrik Sedin.

Dissatisfied with the performance of his team, head coach Alain Vigneault decided to upset his lines after the second period.

“I took this decision as an opportunity,” said Alex Burrows. I was confident and I was physically ready. I knew how successful they were on their line.

Burrows had scored a goal in the third and the Canucks had won the game.

Thereafter, they had gone on a long winning streak. We had just witnessed the birth of a trio that would enjoy success for four seasons.

Before playing with them, the Quebecer had studied the two Swedes carefully during training and matches .

“They weren't the fastest and they didn't have the most blistering throw,” Burrows said. Their main strength was the way they thought about the game and executed it.

“It was quite easy to play with them. As soon as I had the puck, I gave it to them. The more I played with them, the more I knew where they were on the rink. »

He had many memorable moments in the company of the twins. That of April 10, 2010 has a special place in the heart of the assistant coach of the Canadiens.

Henrik was then fighting for the NHL scoring championship. Going into the final game of the season against the Calgary Flames, he was two points behind Alex Ovechkin.

“We didn't talk about it openly, but we wanted to do everything possible so that Henrik could get the first row of scorers.

Henrik had finished his night with four points and Daniel with a hat trick.

“Henrik had finally earned the respect of the rest of the league. ”

In addition to their exceptional talent, the Sedin brothers were appreciated by everyone outside the rink.

“They treated everyone with class, whether it was teammates, staff, fans or the media,” Burrows said. They were role models for their teammates. They never cut corners.

“What I will always remember about them is that it was never my fault if we had a bad game. They always took the blame. This was not the case with all my teammates. »