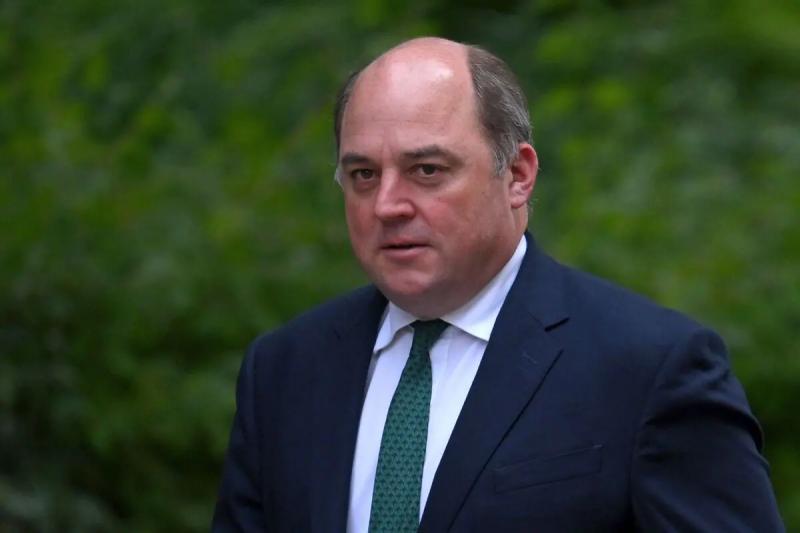 One of the favorites in the race to succeed British Prime Minister Boris Johnson, his Defense Minister Ben Wallace, has decided not to run, leaving Rishi Sunak as the sole weight for the time being heavy already in the arena.

Two days after the announcement of the resignation of Boris Johnson, 58, overwhelmed by an overflow of scandals, his potential successors are gradually revealing their intentions in the competition which will open to replace him at the head of the Conservative Party and therefore in Downing Street, the Tories having a majority in the House of Commons.

Despite many supporters, “I have made the decision not to enter the race”, wrote Ben Wallace on Twitter, explaining that he wanted to focus on his current job and “keep the country safe.”

On Friday, ex-finance minister Rishi Sunak, 42, was the first major suitor to launch his candidacy, in a particularly polished video, to the point of fueling suspicions of long-prepared candidacy and treason .

In this clip which accumulated seven million views on Saturday, Rishi Sunak promises to “restore confidence”, “rebuild the economy and reunify the country”.

Long a favorite to enter Downing Street if Boris Johnson fell, Rishi Sunak found himself significantly weakened a few months ago after the revelation of the advantageous tax status enjoyed by his wealthy wife, which allowed him to avoid pay the British tax authorities taxes on his income abroad.

He had also suffered from a response deemed insufficient by public opinion in the face of the cost of living crisis, in a United Kingdom plagued by inflation at its highest level in 40 years (more than 9%).

The announcement of his candidacy, to which several MPs immediately rallied, apparently created a rebound: a poll on Friday for Channel 4 of 493 party members gave him the Conservatives' favorite candidate (25%), ahead of Foreign Secretary Liz Truss (21%).

The state of the party suggests very open competition , in which Secretary of State for Foreign Trade Penny Mordaunt and former Minister of Health Sajid Javid are strong contenders. But none of them have declared themselves yet.

Rishi Sunak had been one of the first to quit government on Tuesday night, apparently without even telling Boris Johnson, along with Sajid Javid. These two almost simultaneous resignations had triggered a politically fatal haemorrhage for the hero of Brexit.

Several other candidates with much lesser chances of success threw themselves into the race for the succession.

L ex-Secretary of State for Equality Kemi Badenoch called for change and stressed that opinion was 'weary with platitudes and empty rhetoric'.

She thus joins Suella Braverman – general counsel, responsible for advising the government on legal matters – and Tom Tugendhat – chairman of the Parliamentary Committee on Foreign Affairs.

Raise of the thresholds

Up to fifteen applications are anticipated in total.

Faced with the prospect of such an influx, an increase in the number of sponsorships and votes required in the first part of the nomination process is envisaged, explained on Times radio Geoffrey Clifton-Brown, treasurer of the 1922 Committee, in charge of the internal organization of the party. And this, so that the two finalists can be known within two weeks, before the summer parliamentary truce which begins on the 22nd.

The vote of the members of the Conservative Party – 160,000 voters in the last election internal 2019 to decide between them – would intervene by the start of the school year, according to the scenario which seems to be emerging in the British press.

The executive office of the 1922 Committee must be renewed on Monday. It is he who will set the rules and the timetable.

In announcing his resignation on Thursday, Boris Johnson indicated that he intended to remain in Downing Street until a new party leader was elected , many voices rising to demand his immediate departure and the establishment of an interim.

Whoever he is, the next tenant of Downing Street will have to face a host of difficult subjects, between purchasing power crisis, Ukraine or even the thorny issue of Northern Ireland in the post-Brexit period.