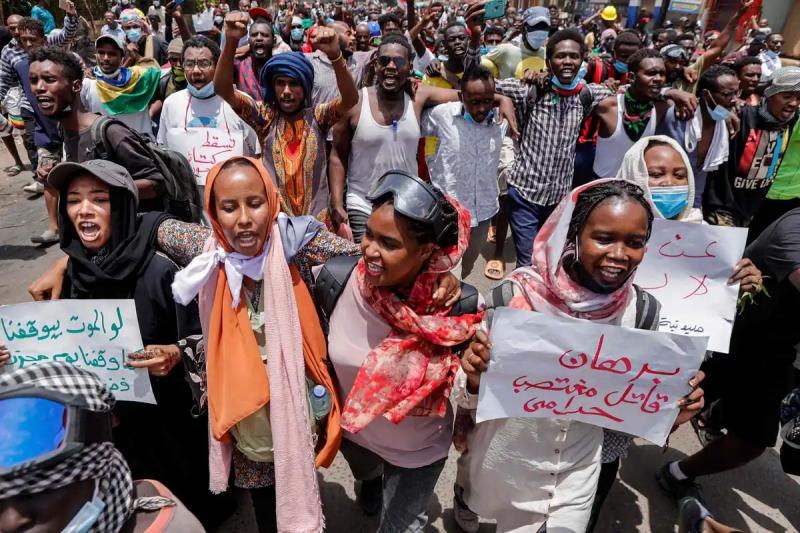 Sudanese forces again fired tear gas on Friday at hundreds of people protesting in Khartoum against military rule, the day after one of the bloodiest days of protests of the year.< /strong>

“The people want to bring down Burhane” and “We demand revenge,” chanted protesters in the Sudanese capital near the presidential palace, some of whom held pictures of victims of the crackdown.

Thursday, at least Nine Sudanese protesting against General Abdel Fattah al-Burhane's October 2021 coup have been killed by security forces, according to pro-democracy doctors. Most of the victims, including a minor, were fatally shot.

June 30 marked the anniversary of the 1989 coup by dictator Omar al-Bashir, who was ousted in 2019 by the army after a popular revolt.

The army then agreed to share power with civilians. But on October 25, 2021, the head of the army, General Burhane, brutally ended the fragile division of power by arresting his civilian partners, who have since been released.

Since this putsch, 112 demonstrators have been killed and thousands injured by security forces who, according to the UN, regularly fire live ammunition into the crowd.

Because of this violence and because they no longer want a partnership between the military and civilians, the main civil blocs and historical parties in Sudan refuse to negotiate with the military.

Before the demonstrations on Thursday , the envoy of the UN Volker Perthes had hammered that “the violence must stop”. Several embassies had demanded that “no more lives be lost” in a country where the army has almost always been in control since independence in 1956.

The United Nations and the African Union have condemned on Friday “the excessive use of force by the security forces and the impunity” from which they benefit, commenting on Thursday's repression.

In reaction to the putsch, the international community cut off its financial aid which accounted for 40% of Sudan's budget. These sanctions did not bend the military but did plunge the economy with the collapse of the Sudanese pound and inflation exceeding 200% every month.