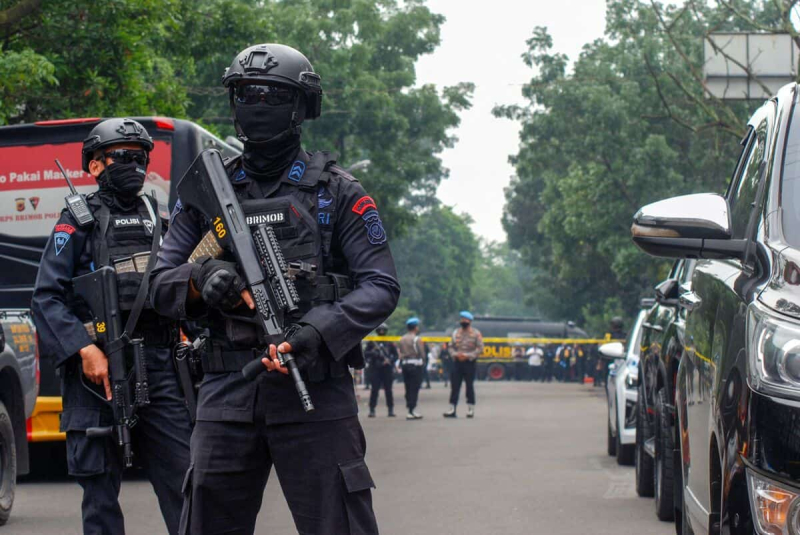 A police officer was killed and several others injured in a suicide bombing at a police station in Bandung, Indonesia's West Java province, on Wednesday, police said. < /p>

No indication of the motive for this attack has been given by the authorities of the archipelago, the largest country with a Muslim majority in the world which has, for years, been plagued by Islamist activism .

The explosion occurred around 8 a.m. (0100 GMT) at the premises of the Astana Anyar police station in Bandung, capital of Indonesia's most populous province, killing the perpetrator instantly. suicide bombing.

“A man tried to break in and the police tried to arrest him,” said West Java Police Chief Suntana.

A second explosive device was later found nearby and was safely detonated by police deminers, according to the same source.

“The assailant insisted on approaching of our officers brandishing a knife and suddenly an explosion occurred,” he described.

The attack left one dead – a policeman – and ten injured, including a civilian who was passing by.

The perpetrator of the attack, whose identity has not been revealed, landed at the police station on a blue motorbike, a white sheet of paper with a message taped to his vehicle.

The message condemned the Indonesian penal code as an “infidel” law and urged people to war on law enforcement, police say.

Didin Khaerudin, a trader, was at the scene of the blast when it took place.

< p>“I heard a bang, it was so loud. I peeked inside the police office and saw heavy smoke billowing,” Khaeruddin told AFP.

Indonesia has experienced several terrorist attacks in the past, including the one perpetrated in the tourist island of Bali in 2002. Islamist militants linked to Al-Qaeda set off bombs in a nightclub and a bar, killing more than 200 people.