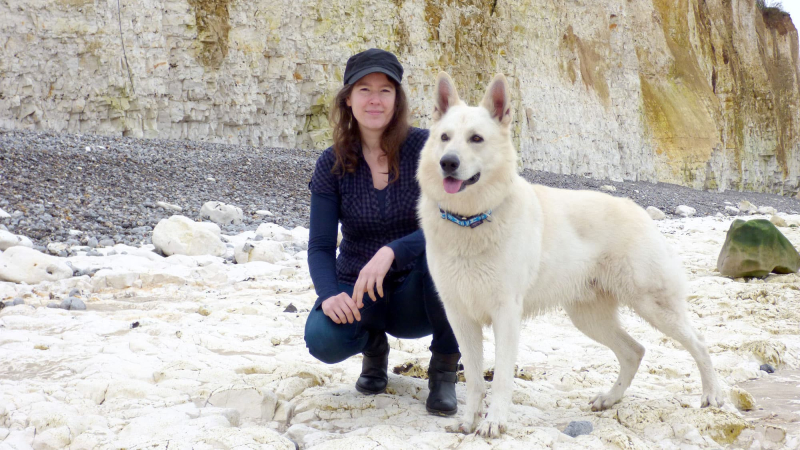 Author of ten novels, the Frenchwoman Aurélie Wellenstein has immersed herself in a fantasy world set in medieval times for her new diptych, L sword, famine and pestilence. This adult novel is set in the kingdom of Comhghall, plunged into a dark age for half a century. There are monsters everywhere, whole villages disappear in gigantic cobwebs and evil creatures, the tarentas, weave ideas dark in the minds of men, condemning them to sink into melancholy.

In the heart of this kingdom where nothing is going right, three broken beings become the target of a population looking for someone to blame. A boy is possessed by the spirit of a wolf. A young girl is believed to have the powers of a spider. And a former soldier is convinced that his son lives in the eye of a deer. The leader of the Inquisition hunts them down and they will have to form an alliance to survive.

Aurélie Wellenstein, an author with an overflowing imagination, completely immersed herself in her universe of medieval fantasy to imagine the characters and describe their adventures. His novel skilfully mixes legends, the magical world of fairy tales, fantasy, medieval times, totemic animals and contemporary themes.

In an interview, she explains that she has always had this universe in her. Already, at seven, eight years old, she was writing animal stories. A real calling.

She is particularly fascinated by wolves, even though she has never had the chance to see or hear them in the wild.

< p>“We all have a connection with a particular animal. In France, we have a lot of connection with the figure of the wolf, and also the bear, the horse, the dolphin, the whale. All those great animal figures. I also see it with my readers: there is a fascination for the wolf which is very present.»

In this novel, the writer wanted to address the question of the labels that we sticks to people, the way the label will stick to your skin and become a kind of identity.

“We have three characters who have adopted the mask, the identity of a profile that others have imposed on them. There is this young girl who is accused of being a spider witch. Well, by dint of being told, she will end up believing it. It's the same with the boy who feels haunted by a wolf. The war veteran, because of his recurring traumas and nightmares, feels like a real demon. He is haunted by his terrible and bloody memories.

His characters are antiheroes.

“I like to do characters who are in the nuance and rather in the gray areas. We still have three people who are quite demolished by life, by their past, who are quite dented.”

She wanted the antagonist characters – in this case, the two Inquisitors – to be they too are nuanced.

“We will be able to get into their boots and their skin in volume 2 and see that things are not going well on their side too!”

“It’s a rather interesting genre because it allows you to take a step aside. We're talking about very contemporary things that happen to everyone, but we're going to transpose them into a slightly offbeat universe.

“It allows you to tackle things that are very hard, but a little by putting cotton on. It's a way of addressing societal, ecological or climate issues through emotion, through a fantasy adventure and through characters with whom we will become emotionally involved.”

♦ The Singing Wolves (2016) received the Elbakin Prize and was shortlisted for the Poitiers Contemporary Novel Prize as well as the Imaginales des Collégiens Prize.

< strong>♦ The second volume of the series will be published in April 2023.

« On a stealth he walked around the room. It was strange, nothing suggested from the outside that it was so vast. Cillian had never visited a castle, but that was how he imagined them. If asked, he would have even replied that he was in an old ballroom. The house may have belonged to nobles. It had been the scene of clandestine parties deep in the woods. Princes and princesses twirled there in their finery under the lights of a thousand candles. As if to support this hypothesis, a chandelier lay in a thousand pieces on the floor, its rusty chain snaking among the candles covered in dust. »