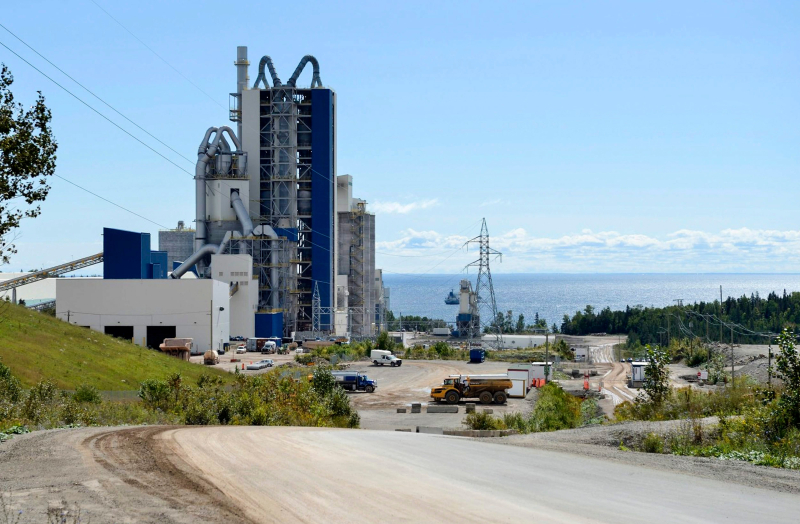 Quebec wants to relax its framework for major polluters, even if greenhouse gas (GHG) emissions from the industrial sector are increasing.

Indeed, according to a draft regulation currently under According to the study, visits to the facilities of major polluters by accredited verifiers would no longer be carried out every year, but rather every three years.

The company will still have to declare and have its emissions verified of GHGs annually.

The Ministry of the Environment explains that it wishes to “align” with what is done in California with which Quebec participates in the carbon market.

Exceptions are however considered, for example if errors were found during the last audit or if a new operator takes the reins of the business, in particular.

“There is still an audit which, after all, has been modulated downwards,” explains Anne-Sophie Doré, lawyer at the Center québécois du droit de l'environnement (CQDE).

“It is a movement of this government to be more at the service of the company, to be more in self-regulation in a certain way, believes Patrick Bonin, responsible for the Climate-Energy file for Greenpeace. If there are fewer visitors, there is a more lax framework.”

In 2020-2021, virtual visits had been carried out due to the pandemic. In light of this experience, the department has learned that the change has reduced the administrative burden for businesses and wants to continue this momentum.

“Resources are limited at the Ministry of the Environment […] let's say that they have a lot of confidence in businesses,” adds Ms. Doré.

She believes that this draft regulation is part of a philosophy based on good corporate faith.

She cites as an example the reform of the Law on the quality of the environment which makes it easier for certain companies to undertake an activity which will have an impact on the environment, but whose risk is considered “low”. < /p>

For example, the operator of a sawmill or a sandpit need only sign a “declaration of conformity” in which he assures that his establishment will comply with the law and the ministry no don't systematically check on the ground what is going on.

“It's still a high level of confidence,” says Ms. Doré.

The proliferation of projects that do not have to obtain prior environmental authorization is considered “worrying” according to the CQDE since this way of doing things does not sufficiently consider the cumulative impacts of activities on a given environment.

“It's always a concern when you see regulatory relief, it's less supervision on the ground “, laments Mr. Bonin.

The GHGs of major polluters increased between 2017 and 2019. They represent approximately 30% of all GHGs in Quebec. The next inventory, that for the year 2020, will be published in December.

– With the collaboration of Marie Christine Trottier