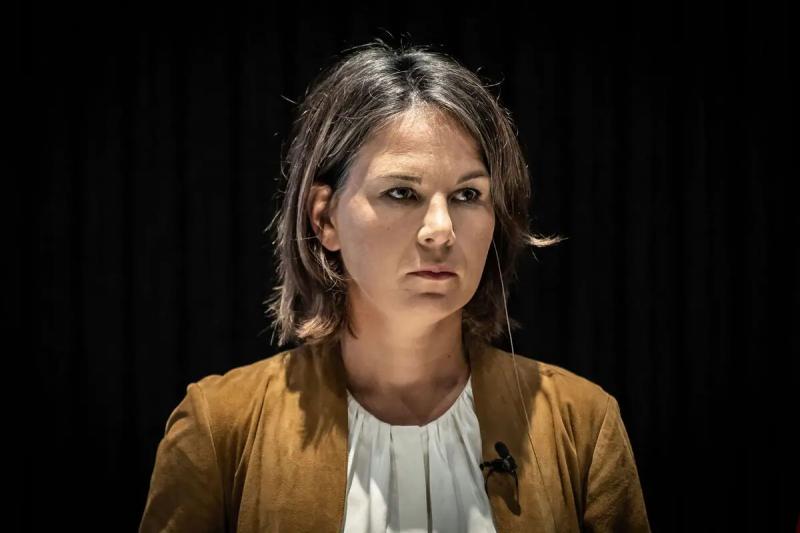 The head of German diplomacy, Annalena Baerbock, arrived in kyiv on Saturday for a surprise visit intended to “show” that Ukraine “can count” on the support of Berlin, announced the ministry for German Foreign Affairs.

“I went to Kyiv today to show that they can continue to count on us. That we will continue to support Ukraine as long as necessary, through the delivery of arms, through humanitarian and financial support,” said Ms. Baerbock, quoted in a press release from her services.

This is his second visit to kyiv since Russia invaded Ukraine in February.

In addition to financial and military aid, Germany intends to help kyiv to carry out mine clearance operations and to “shed light on the war crimes committed, in particular by sending experts, including a prosecutor”, specifies the minister in the press release.

“For me, it is clear that [Russian President Vladimir] Putin is counting on us to tire of the suffering of Ukraine,” she warns.

< p>But Germany, assures the minister, will remain at the side of the Ukrainians who “are fighting against Russian aggression, not only to defend their human right to peace and freedom, but also to defend our European order of peace”.

Germany's long wavering attitude towards Moscow following the outbreak of war six months ago, and Berlin's initial lack of military support for kyiv, have deeply irritated the government of Ukrainian President Volodymyr Zelensky.

But things have improved since then. German Chancellor Olaf Scholz says he wants his country to take “particular responsibility” to help Ukraine strengthen its artillery and air defense systems.

A new era in bilateral relations, less tense, now seems to be opening up, illustrated by the forthcoming arrival of a new Ukrainian ambassador in Berlin. His predecessor, Andrij Melnyk, for months vehemently attacked Germany's timorous attitude towards Russia.