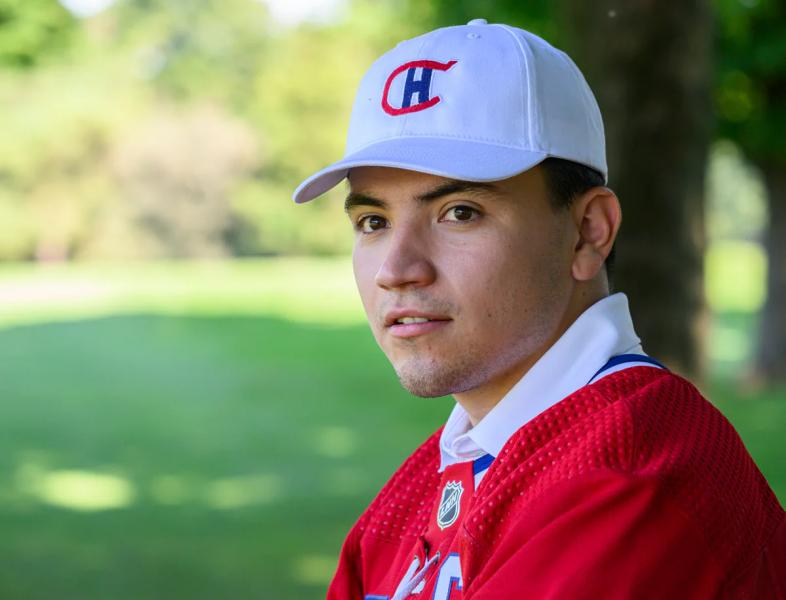 The Canadian's decision to entrust the role of captain to Nick Suzuki surprises me a little. I would have thought that the decision-makers in the hockey sector would have waited for Suzuki to finish the first season of his new contract before making his appointment.

The pressure will be heavy on his shoulders. It will not always be easy for him to explain the failures of a team which is in the process of rebuilding this winter.

And next season too, and the same perhaps in two years .

Well, I won't go any further.

It is my sincere wish that the Habs return to success as soon as possible. But you have to be realistic. The organization is committed to a long-term plan.

Suzuki's selection is still in the order of things. The Canadiens are embarking on a new chapter in their history. He starts over again. So who better than a young figure to take up the torch in this new era.

Suzuki has talent. At 23, he will continue to improve.

The young man has a good head and a nice personality. He spent the summer in Montreal, which shows his appreciation for the city where he earns his living.

Will we hear him speak fluent French one day?

That would be good. He's taking classes.

Let's give him some time.

He should discuss this with Bob Gainey. The former captain of the CH would tell him that because he is making a career in Montreal, he should be able to converse in the language of the majority.

Not only out of respect for those who pay his salary and who applaud his performances, but also to be able to interact with them instead of just giving them a meaningless smile in public functions.

It is this way that Gainey had explained to me why he had taken up French.

That's what we call having a social conscience.

Attending Suzuki's first media encounter as captain, I couldn't help but stare at Brendan Gallagher who was standing behind him. Like a prince behind his new king.

A few years ago, Gallagher was seen as the successor to Shea Weber. But something broke with him.

The hard battles he fought in front of the net, in the corners of the rink and along the ramps wore him down.

It's a shame for him, because if he was a player who could have been captain in time, it was him.

He probably pondered the question for a while when he learned that Suzuki would be preferred to him. But as the good team player that he is, he rallied to the decision of his superiors.

In any case, the respect of his teammates remains his. He remains a model for them. He's going to keep giving it his all.

But with five years left on his contract, you might think he could find himself in the same position as Carey Price and Weber over the course of of the next few years. In front of his television, feet on the ottoman.

This episode in the hectic life of the Canadiens is a reminder that things can change quickly in sport.

Andrei Markov and Tomas Plekanec still had their usefulness, but they were at the twilight of their careers.

Today, it is known that Price and Weber played their last game.

Pacioretty and Petry left via trades. It was the same for Plekanec, who returned to make a last lap in Montreal.

At almost 40 years old, Plekanec continues his career in the Czech Republic alongside his good friend Jaromir Jagr, who is 50!

Markov returned to play in Russia for three years, which his compatriot Radulov does in turn this season.

After the CH, the Yankees

The appearance of the Royal Bank logo on the Canadiens jersey is a sacrilege in the eyes of purists.

What do I think?

I haven't been bothered about sports sponsorships for some time now.

There is nothing we can do about it.

We're going to get used to advertising on National Hockey League team jerseys just as we got used to those on the boards and on the ice, the names of companies for amphitheatres and, for the past two years, the advertising on players' helmets.

The practice has existed for decades in European sports leagues, where hockey players look like more, however, to Christmas trees with the many advertisements that cover their uniforms from head to toe.

Coming soon to the MLB

In the wealthy NFL, commercial logos have been seen on practice jerseys since 2009.

No decision has yet been made for the jerseys worn during the matches. But we can think that day is not far away.

In the NBA, we can see advertising logos on the jerseys of players since 2016.

The year next, it will be the turn of baseball teams, including, no offense to their supporters, the famous striped uniform of the sacrosanct New York Yankees.

The Yankees have entrusted the choice of their future sponsor of the firm Legends, a company specializing in the selection of companies wishing to associate themselves with sports teams.

Can you imagine how much it will cost the company which will announce itself on the uniform of the Yankees?