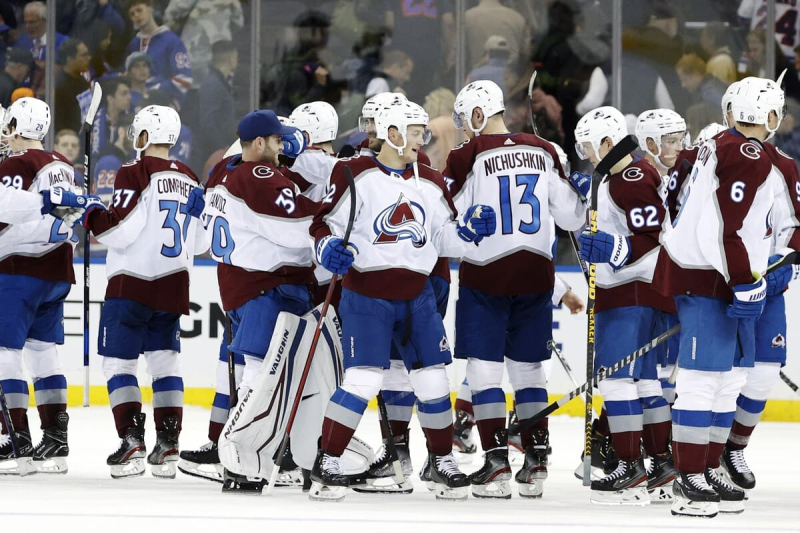 Almost unexpectedly, it's the goalies that keep the Colorado Avalanche at the forefront of the National Hockey League (NHL) standings.

Recognized for its striking force with notably Nathan MacKinnon, Mikko Rantanen and Cale Makar, the Avalanche had scored 58 goals this season before Monday's games, which placed the Denver organization in 14th place in the league. However, its 40 goals allowed represent the third lowest total.

The Avalanche are particularly formidable in defense at five against five, showing a percentage of efficiency of 95.3%, which no team is currently approaching. And behind these numbers, there are Alexandar Georgiev and Pavel Francouz.

The first is .930 in 11 games – fourth best among goaltenders who have played at least five games – and Francouz is not far behind at .925. Thus, head coach Jared Bednar will be able to go there alternately, without risking to burn one or the other of his masked men.

“We are spoiled in this regard at the moment, recently launched Bednar, according to the daily newspaper “Denver Post”. Both guys are playing very well. We're going to keep them active and play with as little rest as possible. This is what we need. We are strapped for money in other areas of our training and to be able to have these guys to solidify our team is really nice.”

Also, the two men may be competing for more time on the ice, but it remains healthy. At least that's the opinion of MacKinnon, who is also very impressed with the performance of his teammates in goal.

The benefits of having two goalies that players trust are very clear in his eyes.

“They are unreal,” he exclaimed. I wouldn't say they compete. I think they support each other and play good hockey together. I think in this league you need two goalies to be successful. The schedule is just too difficult now. And yes, they look great.”

The Avalanche were scheduled to face the Stars in Dallas on Monday night, looking for a third straight win.