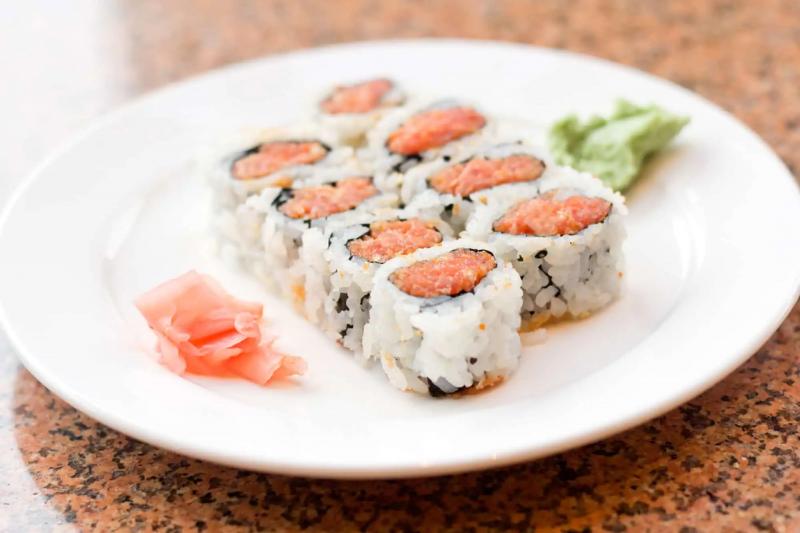 Sushi. A Japanese dish consisting mainly of rice combined with fresh fish, often raw, but sometimes cooked. In its simplest form, it will be called nigiri (small oval mound of rice topped with a perfect strip of raw fish), while when married to other ingredients (vegetables, fish eggs, dried nori) , it will take the form of a roll, and it will be called maki.

While this may seem simple and mundane, it's quite the opposite: mastering just how to cook and season sushi rice can take years – not to mention the art of cutting the fish and assembling it!

Depending on your tastes and ambitions, here are some restaurants where you can get your hands on good sushi.

A major player in Quebec gastronomy, we can thank the chef, Antonio Park, not only for his involvement in promoting Asian culinary culture in Montreal, but also for delighting our taste buds with his delicious sashimi, nigiri and maki. We like to be surprised by his creativity inspired by his Korean and Argentinian origins, especially in the use of chimichurri and guchujang. As for the freshness of the fish, the Park restaurant has always had a perfect score.

For sushi overflowing with originality in a relaxed and unobtrusive atmosphere, you have to go to Saint Sushi. With the creations funky to say the least, the team really seems to be having a blast in the kitchen. Fortunately, this good-natured character does not prevent the use of high quality products and traditional know-how for all the specialties on the menu.

Chef Tri Du, of the restaurant Tri Express, was an inspiration to many young chefs, for his enthusiasm, his work ethic and his creativity. Although he is of Vietnamese origin, he took no shortcuts by learning at the source, in Japan, before perfecting his art here, in Montreal. Always a little rebellious in his own way, he is responsible for several inventions, including pizza sushi and the eye of the dragon.

Its restaurant is therefore the ideal place to enjoy authentic and eccentric sushi.

By combining tradition and modernity in a warm Japanese atmosphere, the Torii Sushi seduces. If purists are somewhat confused by sometimes daring creations, it is by having an open mind that the magic works. We trust the Torii signature dishes, such as the lobster tartare and the surf'n'turf maki that have made the restaurant famous for more than 20 years, then we let ourselves be charmed by the beauty of the dishes and impeccable service. Don't forget to bring your own wine!

Tommy Dion is a columnist/food critic and founder of the web platform and gourmet guide www.lecuisinomane.com< /em>.