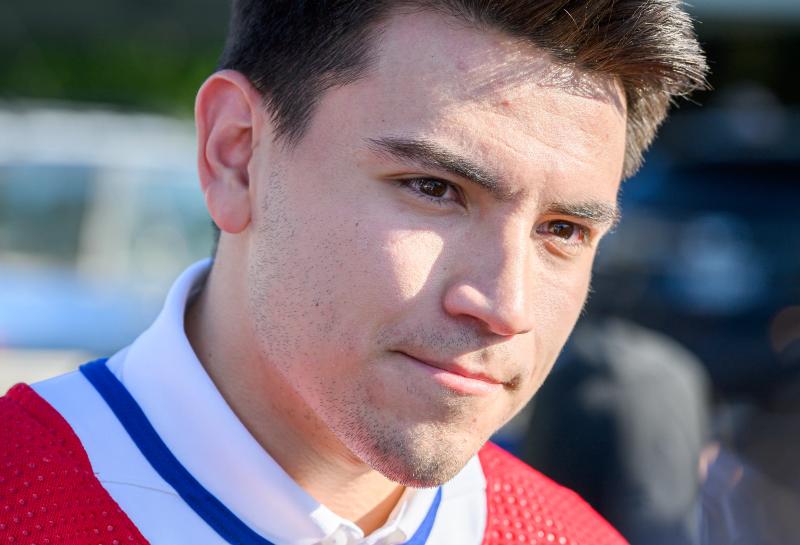 Good morning, dear readers. And here we are again for another season of hockey, my ninth as a columnist for Le Journal.

As I celebrate my 46th birthday and officially cross the mountain, the Canadiens have just appointed the youngest captain in their history. < /p>

No one was surprised to learn that 23-year-old Nick Suzuki would be wearing the ' C ' on his sweater: he is the logical choice. It reminds me of the appointment of Saku Koivu on September 30, 1999, when he was 24 years old. I was 23 and I was in the locker room. I remember Koivu being elected by the players.

Nowadays it's often the organizations that decide who their captain is, and usually it's a a thoughtful decision that reflects the pulse of the locker room. No one is going to dispute Suzuki's choice, although a veteran such as Brendan Gallagher would certainly have been very proud to wear the “C”.

I'm sure Gallagher understands the situation, but he's a bit late in his case. It slows down and the future is Suzuki. Nothing prevents Gallagher from exerting his leadership, especially since he is an assistant captain. And then, as Suzuki is already very mature, he will be able to benefit from the wisdom of veterans Gallagher, Joel Edmundson, Josh Anderson as well as a few others.

Much like today's Canadiens, we didn't have a great team in 1999, but Koivu proved to be an excellent captain, not to mention veterans Shayne Corson and Turner Stevenson were also exercising their leadership. Koivu knew how to consult them, and when it was time to speak in the whites of the eyes, we said the real things.

Koivu did not have it easy. The team was not a powerhouse, but two years after his appointment he was stricken with cancer. We still had a lot of good times and qualified for the playoffs in 2002, 2004 and 2006.

Able to handle the pressure

Some wonder if Suzuki will be under too much pressure in his new role. Obviously, it's an added responsibility, but I believe he's ready for this challenge.

Last year (October 12, 2021), we had him consecrated as the player of the future of the Canadiens by granting him an eight-year contract of 63 millions $, and that put a lot of pressure on him.

He had a hard time dealing with that at first, but despite that, he was one of the most consistent players for the Canadiens during their rocky season. I am sure he has learned a lot from this period and I believe that he will manage his new situation all the better as the expectations of the team are no longer the same.

We must not forget either that the CH was returning from a participation in the Stanley Cup final. Today, we are not talking about repeating this feat, but about preparing for the future with a younger team of which Suzuki will be the face for several years.

The new staff has clearly displayed its colours: we are building for the future. Lacking high expectations, we can expect exciting times this season, with the development of Suzuki, Cole Caufield, Juraj Slafkovsky, Kirby Dach and a few other players.

What I hear about Suzuki is that he's the perfect guy, both on and off the ice. He is disciplined, mature, thoughtful and commands respect. I believe he will live up to his title. He is already very popular with fans and seems to be unanimous.

He will be an excellent captain; if we manage to surround him even better, perhaps one day we will speak of him as a great captain.

The absence of Carey Price

As I told you before, I did not expect Carey Pricestarts the season, but I was surprised to learn that he probably won't play for the season. It smells of the end in his case; however, his surgery was to fix his problems. The only positive thing is that now we know what to expect in the case of Price, and that General Manager Kent Hughes will therefore be able to act accordingly.

The successor to Price

Young people Samuel Montembeault and Cayden Primeau signed fair deals this summer. If the second seems to have the label of goalkeeper of the future of the Canadian, we do not know if he will really be a number one, and even less if he will be an elite goalkeeper. The Habs should have prioritized the goalie position more during their last drafts. It's nice to have Nick Suzukis, Cole Caufields and Juraj Slafkovskys, but without a goalie, there's no salvation in the NHL. Hurry up. Part of the reason for the New York Rangers rebuilding success is finding a worthy successor to the excellent Henrik Lundqvist in Igor Shesterkin. In addition, they had an interesting option in Alexandar Georgiev, acquired as a free agent.

That there it is! What we've seen in Europe for years has now happened in the NHL: Canadian players will display a sponsor's logo on their jerseys this season. Honestly, I don't have a problem with that. The more money there is in the NHL, the better it will be for players and fans. Remember that, in the 1980s, the boards were white like those of park rinks. In addition, since I retired, I realize that the NHL can do better for its former players, for example in terms of medical insurance.