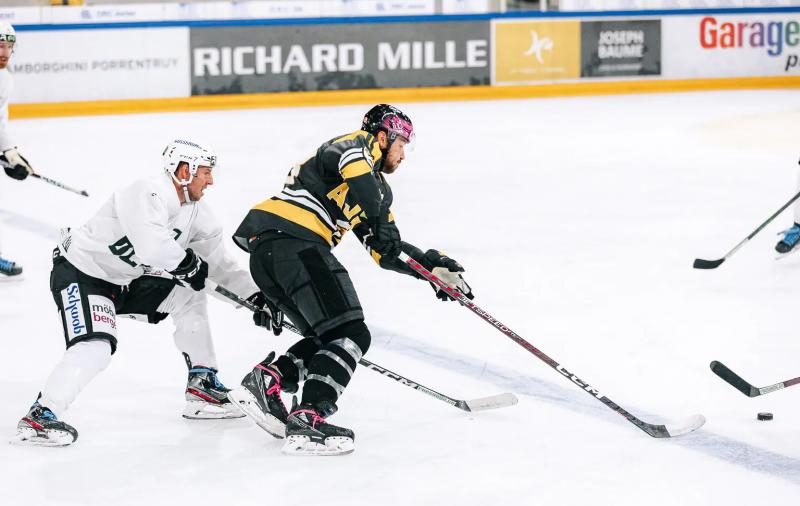 Frédérik Gauthier has begun a new chapter in his career in recent weeks. The Quebec striker has accepted an offer from HC Ajoie, in the Swiss National League.

” I've been thinking about playing in Europe for a few years now,” Gauthier said in a telephone interview. This year I got an offer and decided to take it.

“It’s a life experience too. It allows you to live in Europe and see how it goes. At the moment, I really like it and there are beautiful landscapes. ”

If he decided to go to Europe, it is also because the offers were not very attractive on this side of the Atlantic.

«  In North America, I spoke to a few teams, but there was nothing concrete on the table, says the former Toronto Maple Leafs first-round pick in 2013.

Over the past seven seasons, Gauthier has played 178 regular NHL games with the Leafs, Arizona Coyotes and New Jersey Devils.

A path that hasn't always been easy with several long stays in the American League (AHL).

” I don't think I have to mourn the NHL, underlines Gauthier. It's a job and you try to do the best you can. Since I've been here [in Switzerland], I haven't thought about the NHL or a return to North America.

“One thing is for sure, I have no regrets about what happened or what I did. I'm not bitter either.”

The 27-year-old is keeping the doors open for his future. He could stay in Europe for several seasons, but he does not rule out a return to North America. It doesn't matter the league or the place, he will be a happy hockey player.

“I want to go one year at a time and at the end of each season I will evaluate the continuation.  »

Gauthier quickly adapted to the European game. Moreover, he has amassed five points, including three goals, in six preparatory games.

He begins his regular season on Friday when HC Ajoie will cross swords with the formation of Lugano.

“Things are going well so far,” said Gauthier. With the big rinks, you have to use your hockey sense more. You don't have to always go around corners and hit everywhere.

“You always have to be in a good position. It allows you to skate a little better because you have more room on the ice.

“You also have more time to react. You have a second or two more [than in the NHL or the AHL] to make a decision with the puck. was not too out of place when he entered the Ajoie locker room. He was able to count on the presence of several Quebecers to help him on and off the ice. A smooth adaptation.