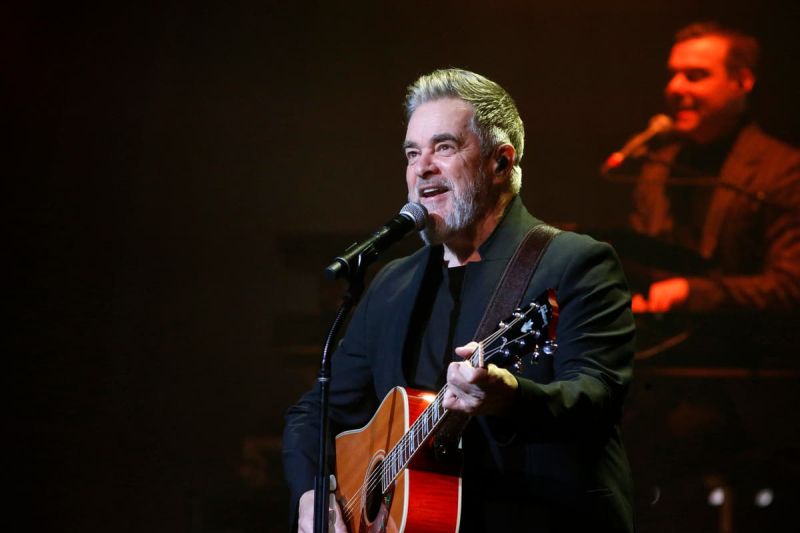 Between White Christmas and Hotel California, Sylvain Cossette's heart is not beating. To put the spectators gathered at the Capitole Theater in the holiday spirit, Wednesday evening, the Quebec nostalgia expert prioritized rock classics.

It was a good thing because due to the rain that drenched the city in the hours leading up to the premiere of four performances of his Holiday Live show, we didn't really want to be sung Petit Papa Noël.

In Sylvain Cossette's retro jukebox, there were rather hits by the Beatles, Queen and Tears For Fears. “Party songs,” announced the 50-year-old with a teenage soul, who put everyone in a good mood with his wise choices.

He did not hesitate to revisit the most beloved titles of his repertoire. No Need To Knock, I Need and Forever even made for great appetizers as the curtain went up.

During the first half of the show, Cossette and its four musicians focused on the 1960s and 1970s, displaying as much their know-how, their humor as the attention to detail that drives those who have made a living with nostalgia for more than 15 years.

So, to recreate the era of the Beatles and make the Capitol dance to the sound of Twist and Shoutand I Saw Her Standing There, everyone played an instrument identical to those used by the Fab Four.

During Suite Madame Blue, one of the many occasions when guitarist Matt Laurent put himself in the spotlight, a dim blue light first enveloped the stage before the lighting turned red, white and blue when Sylvain Cossette was rehearsing the ” America » of the song.

After the intermission, the hits of the 1980s took over. If he had allowed himself earlier to take up a less obvious title like Stuck In The Middle With You, by Stealers Wheel, Sylvain Cossette only played songs that we recognize from the first notes.

Resolutely rock, the show then took on a more pop/new wave tangent to the sound of Sunglasses At Night, Corey Hart's essential, then Safety Dance. We were treated to a slew of big names from this mythical decade, from David Bowie to U2, via The Police and A-ha.

Impossible not to smile while reconnecting with all these successes delivered in a rush.

Sylvain Cossette presents his show Holiday Live at the Capitole Theater in Quebec until to December 3.