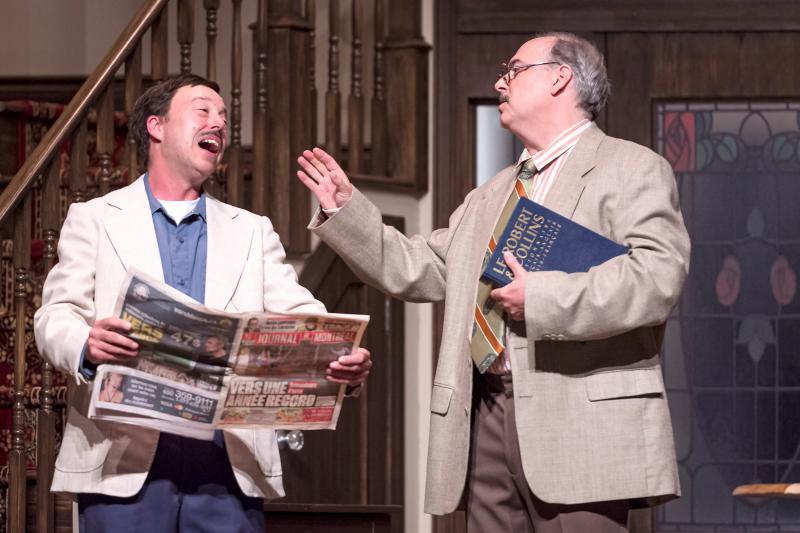 Even if 45 years have passed since the broadcast of the last episode on Télé-Métropole, Symphorien had not not been forgotten by Quebec audiences, as the craftsmen of the adaptation for the theater of the popular soap opera of the 1970s could see.

Each time the curtains opened on the stage of the Théâtre du Vieux-Terrebonne, this summer, and discovered the decor, similar to that of the time on TV, the crowd applauded, says producer Martin Leclerc.

“People are moved and nostalgic at the sight of the decor. For actors, it's quite rare, and quite a stimulus,” he says.

“People want to see Symphorien,” adds François Chénier, who succeeds Gilles Latulippe in the clothes of the famous concierge. “(The authors) Louis Saïa and Pierre Huet managed to recreate the atmosphere.”

The estate of Gilles Latulippe is just as enthusiastic, according to the actor. “I have beautiful photos with Mr. Latulippe’s wife in my arms. I met his son too and they loved the show.”

So long and so long

The response was also good at the box office, says the producer. Even if 14 of the 35 scheduled performances were canceled because three actors successively caught COVID-19, it was full almost every evening for the reunion with Symphorien, Éphrem (Martin Héroux) and Mmes Sylvain (Michelle Labonté) and Lespérance (Nathalie Mallette).

Sales for the fall-winter Quebec tour are also up to expectations. In Quebec, over the weekend, more than 4,000 seats found takers for the four performances at the Salle Albert-Rousseau.

“It's the same everywhere. We are talking about two or three performances in the different markets where the tour stops,” says Martin Leclerc, who will eventually announce dates in the summer and fall of 2023.

A return to television?

< p>Behind the scenes, we even whisper that the idea of ​​a new version of Symphorien for TV is slowly starting to make its way.

“It's early to talk about it , but it would be fun”, says François Chénier, adding that we should then respect the DNA of Symphorien and not try to update the subject to our time.

< p>“We would shoot ourselves in the foot. What works in theater is the authenticity of the case. People recognize the characters they loved. That's what we have to stick to, I think.”

Symphorien will be at the Salle Albert-Rousseau , from September 16 to 18, and at the Étoile de Brossard, on November 22 and 23. For all dates: www.symphorienlapiece.com.