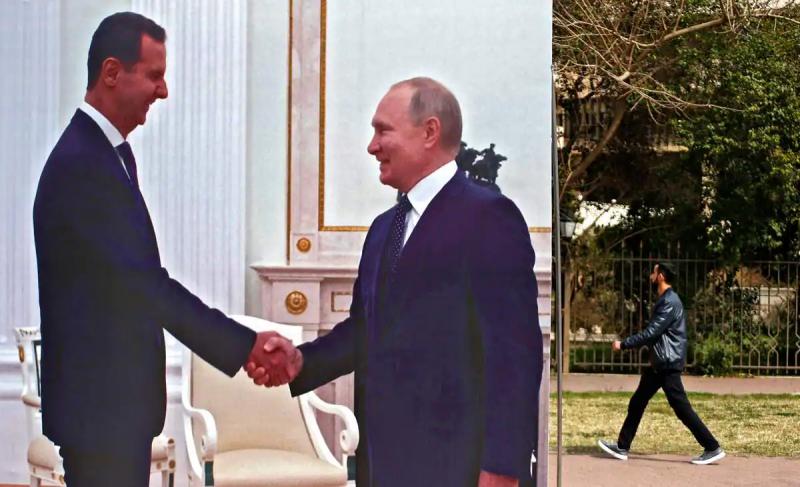 Syria announced on Wednesday that it was severing diplomatic ties with Kyiv in accordance with the principle of “reciprocity”, after Ukraine took the same step in late June following the government's recognition Syrian independence from the pro-Russian separatist republics.

A source at the Syrian Foreign Ministry quoted by the official Sana news agency said that the “Syrian Arab Republic has decided to sever diplomatic relations with Ukraine, in accordance with the principle of reciprocity and in response to the government's decision Ukrainian”.

Ukrainian President Volodymyr Zelensky announced on June 29 to end diplomatic relations with Syria after the Damascus regime recognized the independence of the pro-Russian separatist republics of Donetsk and Lugansk in eastern Ukraine. , supported by Moscow since 2014.

“There will be no more relations between Ukraine and Syria,” Mr. Zelensky said at the time.

The Syria also announced at the end of June that it would recognize the independence of the pro-Russian separatist republics of Donetsk and Luhansk, becoming the first foreign country to do so.

So far, only Moscow has recognized the independence in February. independence of these two Ukrainian regions, a few days before the start of the Russian invasion.

This is not the first time that Syria has expressed its support for territories whose independence Russia recognizes.

In 2018, Damascus recognized the independence of the separatist regions of Abkhazia and South Ossetia and n Georgia.

Syria and Russia have been allies for decades, but ties have been significantly strengthened by the Syrian conflict and Moscow's military intervention from 2015 alongside the regime of Bashar al-Assad.