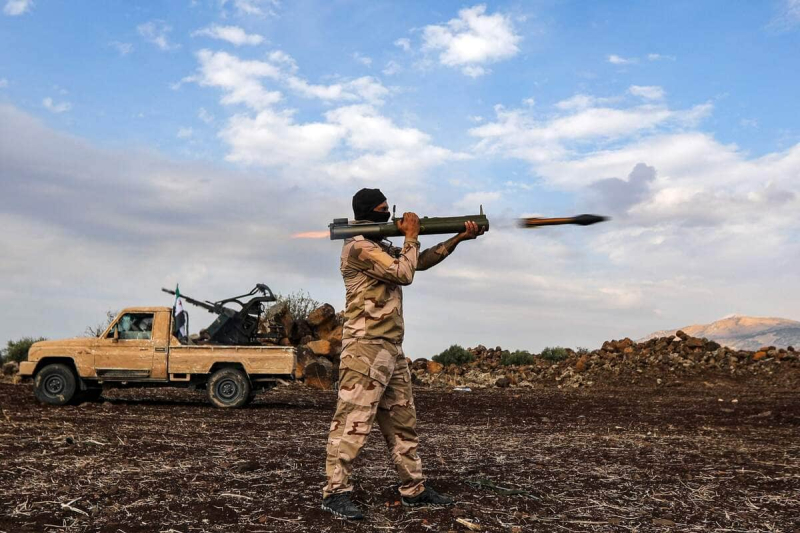 Two rocket attacks targeted the US base in al-Chaddadeh in northeastern Syria, south of Hassaké governorate, on Friday evening, the US military command in the Middle East announced on Saturday (Centcom).

The attack, which targeted international coalition forces around 10:30 p.m. (2130 GMT), caused no casualties or damage to the base, according to the same source.

Centcom did not specify the source of the fire, coming as Kurdish positions in northern Syria have been targeted by a series of Turkish airstrikes since last Sunday.

“ Attacks of this kind endanger the civilian population and coalition forces and undermine the hard-won security and stability of Syria and the region,” said Centcom spokesman Col. Joe Buccino.&nbsp ;

On November 17, the US military reported a rocket attack against a coalition base in al-Omar (east), where Syria's largest oil field is located. The Syrian Observatory for Human Rights (OSDH), based in Britain, had estimated that the attack came from “a base of pro-Iranian militias”.

On Tuesday, a Turkish strike against a joint base of Kurdish forces and the international anti-jihadist coalition in northeastern Syria put American forces in danger, according to Centcom. A Turkish drone bombarded the base, killing two Kurdish fighters.

Turkish artillery fire also resumed on Friday against the province of Hassaké, according to the OSDH, which did not no casualties reported.

Turkey says it is determined to secure its border, saying the attack that killed six people and injured 81 in the heart of Istanbul on November 13 was from Kobané, in northern Syria, which the Kurds have denied.

Ankara has indicated that since November 20 it has been targeting positions of the Kurdistan Workers' Party (PKK) and its allies of the People's Protection Units (YPG), the dominant component of the Syrian Democratic Forces (SDF, a Kurdish-dominated alliance).

Backed by the US-led international coalition, the SDF had spearheaded the fight against the jihadist group Islamic State (IS) driven from its strongholds in Syria in 2019.