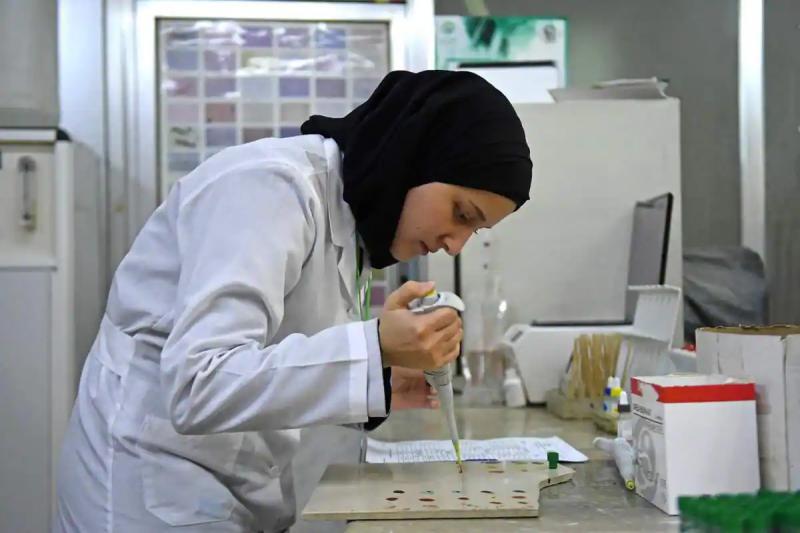 Syria's first major cholera outbreak in more than a decade has killed seven people and infected more than 50, the health ministry said, amid water shortages and damage caused by the conflict to water treatment infrastructure.

The ministry confirmed in a press release on Tuesday evening the existence of 53 cases of cholera in five of the 14 provinces of the country, with the highest number recorded in Aleppo province in the north of the country. Seven people have succumbed to the disease, the ministry added.

The World Health Organization (WHO) warned on Tuesday of the “very high” risk of the spread of cholera in Syria.< /p>

Cholera is an acute diarrheal infection causing sometimes fatal dehydration, which is contracted by the absorption of water or food products contaminated with the bacterium vibrio cholerae.

It can be spread in residential areas without sewage systems or drinking water. According to the United Nations Children's Fund (UNICEF), two-thirds of Syria's water treatment plants, half of its pumping stations and a third of its water towers have been damaged in addition to a decade of civil war in the country.

Nearly half the population depends on alternative and often unsafe water sources, while at least 70% of wastewater is untreated, according to UNICEF.

A cholera epidemic hit Iraq, a country neighboring Syria, this summer for the first time since 2015.