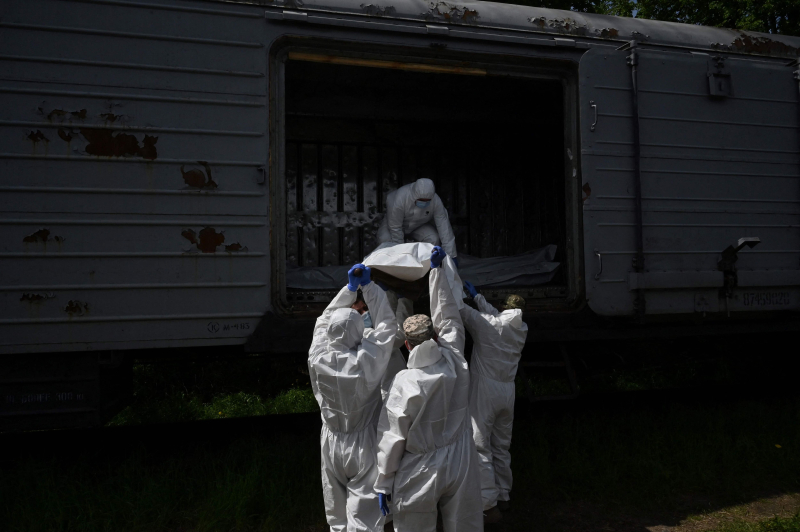 Russia has engaged in “systemic war crimes” wherever it has deployed troops in Ukraine, a senior US official charged on Monday, saying she was confident that eventually Russian officials could account for it in court.

“We have accumulating evidence showing that this aggression (the Russian invasion, editor’s note) was accompanied by systemic war crimes committed in all regions where Russian forces were deployed,” Beth told reporters. Van Schaack, diplomat in charge of international criminal justice at the State Department, citing summary executions, cases of torture or inhuman treatment or the forced displacement of people and children.

“When you see such systemic acts, including the setting up of a vast network of forced displacements, it is very difficult to imagine that these crimes could have been committed without the responsibility being placed at the top of the chain. of command,” namely Russian President Vladimir Putin, she said.

The diplomat’s remarks come shortly after the Ukrainian General Prosecutor’s Office announced on Monday that it had found four “torture sites” used by the Russians in Kherson (south) before their forced retreat from the region about ten days ago.

The official, who spoke of a “new Nuremberg”, in reference to the trials of Nazi leaders after the Second World War, said she was confident that the investigations currently being carried out, within the International Criminal Court (ICC) by example, can result in timely indictments.

The ICC opened an investigation into the war in Ukraine shortly after the Russian-led invasion on February 24, and a European Joint Investigation Team into alleged crimes committed there has also been set up by Lithuania, Poland and Ukraine with the support of the European judicial agency Eurojust.

“It remains to be seen how quickly these different paths to justice can progress and much will depend on access and detention” of suspected persons, she noted.

As for the creation of a special tribunal, demanded by Ukraine, the diplomat mentioned “discussions still in progress”, in particular at the within the UN General Assembly, but indicated that the United States was more in favor of “existing institutions” to try possible war or humanitarian crimes committed in Ukraine.

Interviewed on videos which Moscow says prove that kyiv executed several Russian soldiers, she insisted that eu “the laws of war apply to all parties, both the aggressor state and the defending state”.

But “when you see the extent of the criminality of the Russian forces , it is huge compared to the allegations against the Ukrainian forces,” she said.