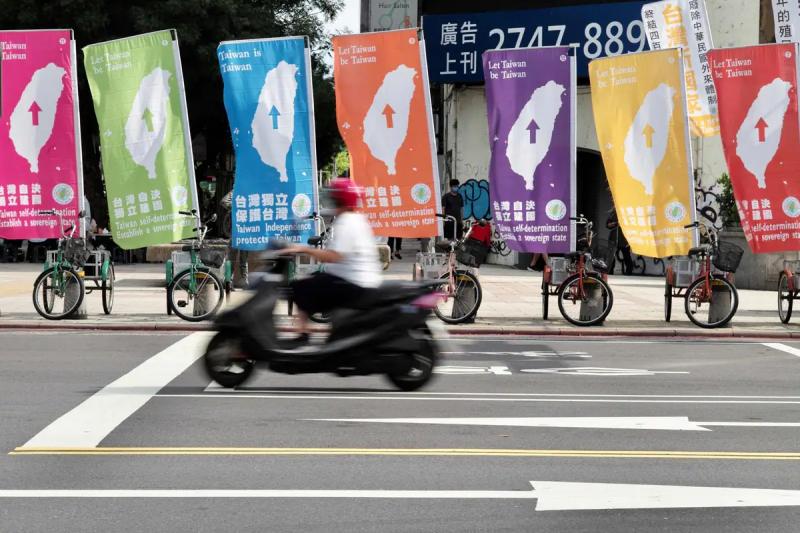 China promised on Wednesday to leave “no leeway” to supporters of Taiwan independence, stressing that “the use of force” to reconquer the island remains on the table “ as a last resort”.

This new warning comes after major Chinese military exercises have been carried out around the island in recent days, in response to the visit to Taipei of the number three American Nancy Pelosi.

The stay of the speaker of the House of Representatives was seen by Beijing as a provocation, the United States having pledged to have no official relationship with the island territory claimed by China.

Speaking in Washington, Ms Pelosi said she was “proud” of her trip which was intended “to show the support of the United States for the island”.

“We will not let the China isolate Taiwan,” Ms. Pelosi said at a press conference taking stock of her Asian tour and accusing Beijing of using her visit as a pretext to intensify its pressure on the island.

The Taiwan Affairs Bureau, a Chinese government agency, released a “white paper” on Wednesday detailing how Beijing plans to take back the island, including through economic incentives.

“We are willing to create a vast space (of cooperation) in order to achieve peaceful reunification,” the document states.

“But we will leave no room for separatist actions aimed at the pseudo-independence of Taiwan .

China considers Taiwan, with a population of around 23 million, to be one of its provinces, which it has yet to successfully reunify with the rest of its territory since the end of the Chinese Civil War ( 1949).

In seven decades, the communist army was never able to conquer the island, which remained under the control of the Republic of China – the regime that once ruled mainland China and did not governs more today than Taiwan.

“We do not promise to renounce the use of force”, underlines the Beijing white paper, the first on this subject since 2000, before qualifying its remarks.

“Force would be used as a last resort, in compelling circumstances. We would be forced to take drastic measures in the face of provocations by separatists or external forces, if they were to cross our red lines.

China thus proposes to strengthen cultural ties, in terms of social security, health or even to encourage better “integration” economic.

Some young Taiwanese, especially in recent years, are beginning to develop an identity different from that of mainland China.

A phenomenon encouraged by the Progressive Democratic Party (PDP, pro-independence) of Taiwanese President Tsai Ing-wen, who came to power in 2016.

Unlike the previous government, Ms. Tsai refuses to consider that Taiwan and mainland China are part of a “One China”. A position that has greatly deteriorated relations with Beijing.

Despite the current tensions, a Taiwanese opposition politician, Andrew Hsia Li-yan, went to mainland China on Wednesday where, at the from his forties, he should meet entrepreneurs and students from the island.

Senior diplomat, ex-boss of the Taiwanese body responsible for issues relating to mainland China, Mr. Hsia is vice-president of the Kuomintang (KMT), the other major Taiwanese party, which is anti-independence and in favor of pragmatic relations with Beijing.

“Not only is the moment badly chosen” but “in addition it is an offense against our army which does not sparing no effort to protect our country,” the Taiwanese presidential party denounced on Wednesday.

This visit “sends a bad message to the international community”, for his part denounced Tsai Ing-wen in front of members of his party.

The Chinese army has conducted in recent days its most important military exercises ever organized around Taiwan. They were supposed to end on Sunday, but continued this week.

The military finally announced on Wednesday that “all tasks have been completed,” signaling their conclusion.

< p>Taiwan conducted its own drills on Tuesday, to practice responding to a Chinese attack.

“Tsai Ing-wen and the DPP (…) are pushing Taiwan towards the abyss of disaster. They will end up nailed to the pillory of history!”, castigated Tan Kefei, a spokesperson for the Chinese Ministry of Defense, in a statement on Wednesday.