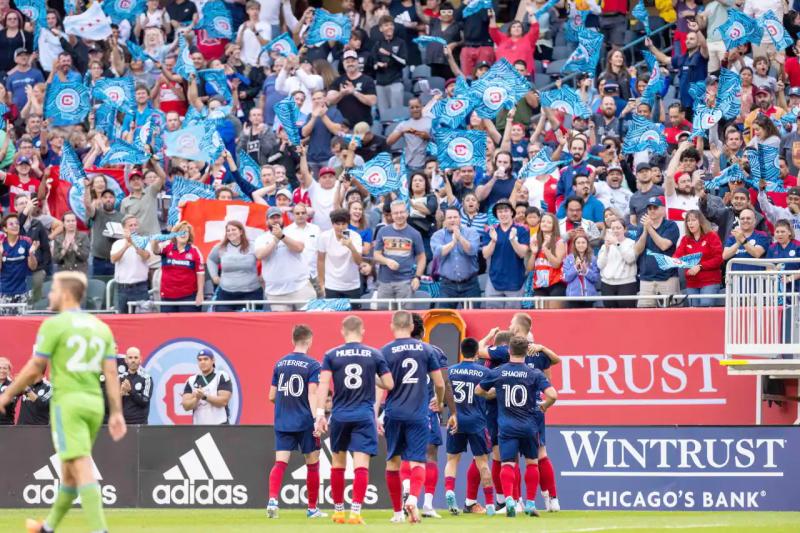 CHICAGO | Settled in the suburbs since 2006, the Chicago Fire has taken up the challenge of returning to the heart of the city by settling in at the Soldier Field in 2020. Story of a move whose success is not yet guaranteed.

It's actually a throwback to the venerable stadium near Lake Michigan as the Fire played there from 1998 to 2005 before moving to Toyota Park (now SeatGeek Stadium) in Bridgeview, a brand new stadium that opened in 2006, but which is located 25 kilometres southwest of the city centre.

“ The geographic location of Bridgeview made access difficult for people who live in town, especially for those which are to the north, it involved an hour in traffic, explains the club's communications director, Jhamie Chen.

“We also have a new owner who arrived during the same period, in 2019, who is very passionate about the city of Chicago. He wants to invest and give back to the city.

Joe Mansueto, founder of the Morningstar brokerage firm, is a multi-billionaire, so he has very deep pockets.

Moving from a stadium where the team had rooted for 14 seasons was a game-changer and there is a relationship to be built by moving into a new neighborhood.

“The relationship is not going to be built overnight, but we feel that it's going well and that we are creating a good connection with the community,” says Chen.

“  Being in town allows us to get closer to the supporters and above all to better connect with them rather than being hidden in the suburbs,” he adds.

To make matters worse, the team returned to town just before the COVID pandemic hit. “We started 2020 with a excitement that the club had not known for a very, very long time. We were supposed to have a full house for our opening match, we were expecting more than 60,000 spectators, but the pandemic arrived a week before, says Chen.

According to Soccerstadiumdigest.com, the Fire are averaging 15,738 fans per game this season (13,907 Saturday night), the first without COVID restrictions since returning to town. These are figures comparable to those obtained in Bridgeview.

On the other hand, the team has to share Soldier Field with the NFL Bears and that's the most complicated part.

“The City owns the stadium, but it's like if the Bears owned it,” says Jeremy Mikula, who covers the Fire for the Chicago Tribune.

“The problems that existed from 1998 to 2005 still exist. The Bears are anchor tenants and are destroying the land beginning in September. Also, their contract states that no one can use the pitch within five days of a game and they are very strict. ”

This is how the Fire sometimes have to return to SeatGeek Stadium.

He actually did it last week, but that was because the turf at Soldier Field was in poor condition following two back-to-back concerts a few days earlier.

The agreement between the Fire and the City of Chicago is for a period of 12 years with renegotiations every three years. We are coming to the end of the first term.

“There are some conditions that we would like to improve in order to make the atmosphere more pleasant for the players and the fans,” acknowledges Jhamie Chen.< /p>

And the two roommates are going to have to get along because they'll be sharing Soldier Field for a few more years.

“The Bears are probably going to move out of Soldier Field, but maybe not either. They're eyeing the suburbs,” says Mikula.

The rest of things don't just lie in the hands of the Fire, who would like to build a new stadium in town, but it's a complex procedure.< /p>

“There's a lot of bureaucracy in Chicago and that's one of the reasons why it will be difficult for the Fire to build a stadium in the city,” Mikula points out.

“They're kind of stuck at Soldier Field with the Bears for a decade because I don't think the Bears are going to leave until 2030…if they leave.”