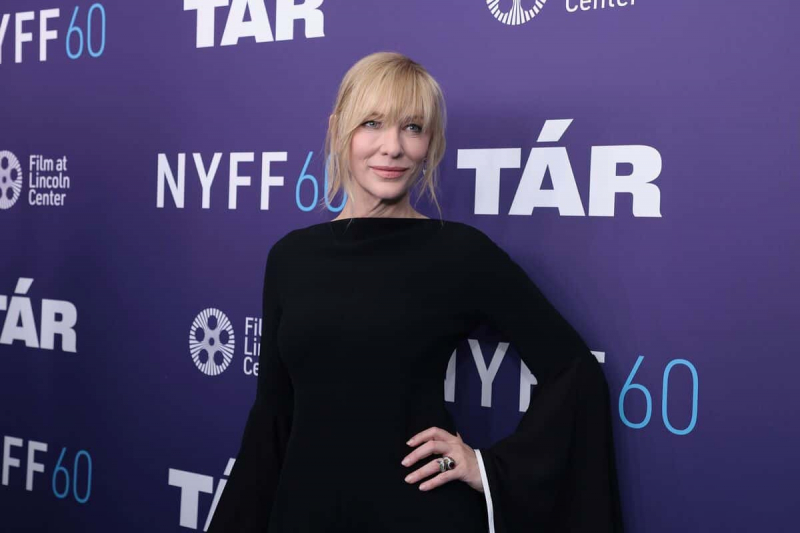 Cate Blanchett delivers one of her best performances of her career.

Lydia Tár (Cate Blanchett) is on top. Conductor of the Berlin Symphony Orchestra, composer, winner of more prestigious prizes than the others, she is preparing to record Mahler's fifth symphony. As Todd Field's feature film opens, she is interviewed by the New Yorker and we witness her intelligence unfold.

She also shines when, during a course at the prestigious Juilliard school, she firmly puts a student who does not want to play Bach in his place. No doubt, Tár is not only smart, but sure of herself, of her power and her superiority. The cracks in this so perfect facade are not long in appearing. His relationship with Francesca (Noémie Merlant) has not always been strictly professional. And then there's the trouble Olga (Sophie Kauer) throws her into despite being in a relationship with Sharon (Nina Hoss) and having an adopted daughter, Petra (Mila Bogojevic). Then comes the disaster, accusations which, in this era of freedom of speech since #MeToo, sign the banishment and the end of a career.

With great skill, Todd Field takes the time to analyze the character of Lydia, to show her gray areas, to dwell on them, to detail her fall, her reactions. Masterful, Cate Blanchett gives a breathtaking performance. As in Shekhar Kapur's two “Elizabeths”, the actress inhabits her character – unless it's the other way around -, transfigures Lydia in the first two thirds of the feature film.

With veracity Chilling, Cate Blanchett offers an unforgettable portrait, of an uncommon power, of the relationships of power and manipulation. And despite some lengths, the viewer remains fascinated by the staging and the physical and psychological transformation of this actress who can only be nominated for numerous awards this year.