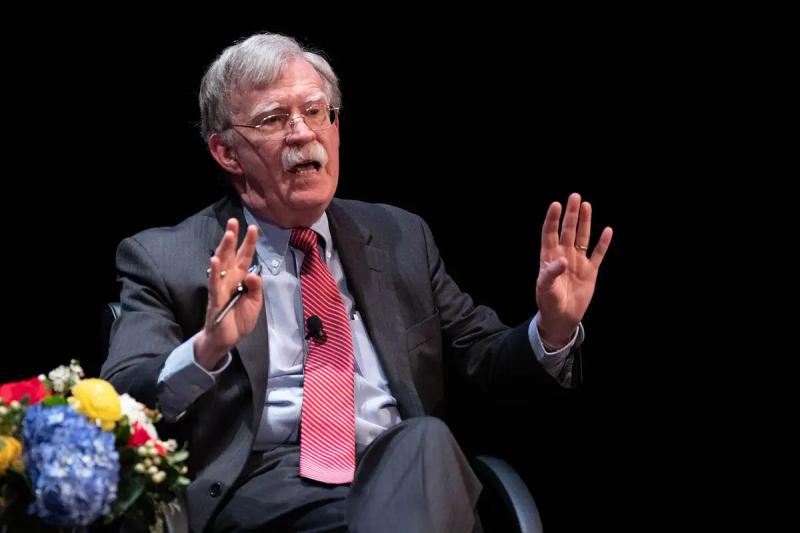 The day before, the US Department of Justice announced that Shahram Poursafi, alias Mehdi Rezayi, 45, was charged in his absence with offering to pay $300,000 to individuals in the United States for kill John Bolton, who was also US Ambassador to the UN.

The plot, apparently intended to avenge the death of Iranian general Qassem Soleimani, killed in January 2020 in an American strike, was revealed to the authorities by the person supposed to assassinate Mr. Bolton, whose identity has not been disclosed.< /p>

“US judicial authorities have brought charges without providing evidence valid”, he denounced.

The case comes as the Iranian regime studies a compromise presented by the European Union to save the 2015 Iran nuclear agreement, moribund since the withdrawal of the United States in 2018 at the instigation of Donald Trump, then advised by John Bolton.

For months, Tehran has tied any deal to a removal of the Revolutionary Guards, the ideological army of the Islamic Republic, from the US blacklist of terrorist organizations.

“This is not the first time we have uncovered a plot by Iran to seek revenge on American soil and we will work tirelessly to uncover and prevent each such attempt,” the deputy minister of security said. Justice, Matthew Olsen.

According to the indictment, in late 2021, Shahram Poursafi came into contact with a person believed to carry out the assassination, who was in fact a federal police informant (FBI).

Shahram Poursafi ordered him to open a cryptocurrency account, then gave him the business address of Donald Trump's former adviser, before urging him to put the plan into action before the anniversary of Qassem Soleimani's death .

The powerful Iranian general, architect of Iranian strategy in the Middle East, was the head of the Quds Force, the unit in charge of external operations within the Revolutionary Guards. He was killed on January 3, 2020 in a drone strike in Baghdad.

The anniversary date passed, Shahram Poursafi continued to push the informant to kill Mr. Bolton, promising him a million dollar contract for a second target if he succeeded.

The FBI published a wanted poster of Shahram Poursafi with several photos, two of which show him dressed in the uniform of the Revolutionary Guards.

“During their exchanges, the confidential source made several references to Mr. Poursafi as being related to the Quds Force. Poursafi has never denied”, noted the American justice.

If arrested, which is unlikely as he is likely to be in Iran, Shahram Poursafi faces up to 25 years in prison.

John Bolton, Donald Trump's national security adviser from April 2018 to September 2019, called the 2015 nuclear deal a “major strategic mistake”. He had publicly supported Mr. Trump's decision to withdraw the United States from this pact, known by its English acronym JCPOA, which aims to guarantee the civilian character of Iran's nuclear program.

The indictment states that Mr. Bolton had been informed of the conspiracy and cooperated with investigators, allowing photos of him taken outside his offices in Washington to be sent to Mr. Poursafi.

In a statement, John Bolton called Iranian officials “liars, terrorists and enemies of the United States.”

Current White House National Security Adviser Jake Sullivan , tweeted for his part that Tehran exposed itself to “severe consequences” if it attacked present or past American officials.

American justice did not identify the second target, but according to the Axios site, it is the former head of diplomacy Mike Pompeo. Citing a source close to the former secretary of state, Axios said the Justice Department had “confirmed directly” to him that he was one of the targets.

With John Bolton, Mr. Pompeo was a key architect of the Trump administration's policy of “maximum pressure” on Iran.