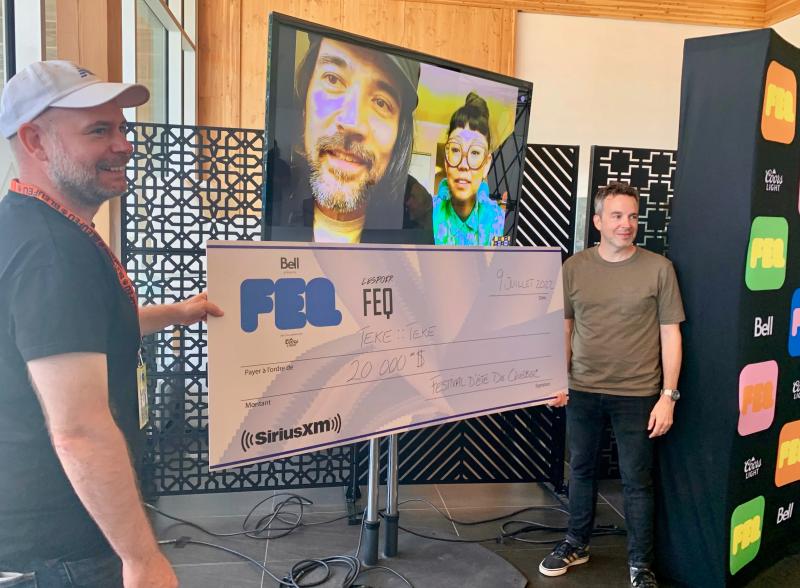 This award, accompanied this year by a scholarship of $20,000, is awarded to an emerging Quebec artist (two albums or less to his credit).

The group Choses sauvage and Marilyne Léonard, also finalists, got their hands on a check of $2,500.

Detained in Winnipeg due to a canceled flight, two of the band members, vocalist Maya Kuroki and guitarist Serge Nakauchi Pelletier, shared their joy via video call.

“We are so lucky in Quebec to have so much support in culture and the arts”, said Maya Kuroki.

“It gives us energy for creation,” added Serge Nakauchi Pelletier.

Teke::Teke will be performing at the FEQ on the stage of the Place de l'Assemblée-Nationale, in the first part of The Weather Station, Wednesday, at 7:20 p.m..

By virtue of their triumph, we will see them again at the Festival d'été 2023.

Since its creation in 2014, the Prix Espoir FEQ has been awarded to Salomé Leclerc, Pierre Kwenders, Dead Obies, Matt Holubowski, Hubert Lenoir and Les Louanges.