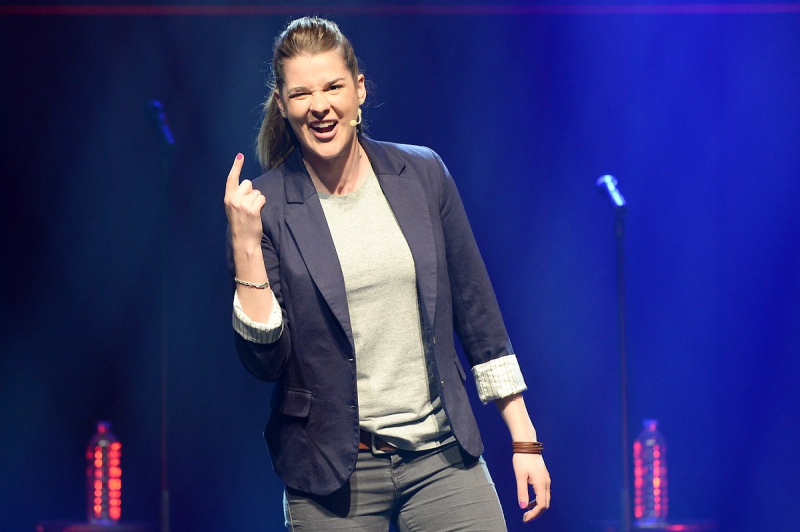 If the weekends of Ève Côté's childhood were mainly associated with sports, the weeks brought their share of very interesting TV appointments. In addition to living various first experiences at the same time as the characters of Watatatow, she wanted to imitate a well-known nurse from the little one screen…

Eve, what children's programs have marked you?

When we were young, my brother, my sister and I, and we came from school, it was obviously Watatatow that we listened to. And religiously Robin and Stella […] Obviously, we also listened religiously to Les Débrouillards. After that, there were 4 and a half. I never missed an episode. We recorded it and listened to it all week long while waiting for the next one.

Which childhood memory is one of your fondest?

There wasCaleb's Daughters. I was a bit young when it first came on, but I was allowed to listen to it until the second announcement. When I was thin, sometimes it was until the third announcement… It was a big Thursday! We knew it was a special permission.

Were you televorous or did you spend a lot of time outside with your brother and sister?

We were often outside. Coming from school and until my parents arrived, it was pretty freestyle. After that it was, “Do your homework and go play outside. On Saturday mornings, yes, we watched TV, but we never spent our days indoors. We went into the woods, I did figure skating and I played hockey… On weekends, it was more sporty. There was no binge watching back then.

< p>Blanche [played by Pascale Bussières]. She was a nurse and had gone to Montreal to become a doctor, but they had not taken her because she was a girl […] Blanche was a nurse and my mother too. I told myself that I could become a nurse if I made up my mind. Finally, I went to do a one-day internship when I was in CEGEP and I said to myself: “No, I don’t think I have the call! »

The astronaut princess [jouée par Pascale Bussières, NDLR], with her spaceship that she was building, with Vladimir and Tout-Feu-Tout-Flamme. I loved when her dad would call her and she would roll down her skirt so it came to her ankles, but when she was building she had her skirt shorter so she was comfortable for work.

< p>If you were offered something in the world of youth TV, would you accept it?

I'd be curious, but it's sure that with my past Grande Crue, you don't think of me first (laughs). For something like Chat boume, I would be “game”, being a character for whom it takes you three hours to get your makeup done in the morning.

► Ève Côté currently combines radio time with live performances. The end of the Grandes Crues tour will end on December 17 in Quebec. She is also in the run-up of her first one-woman-show, Côté Ève, which will be launched on February 1st.