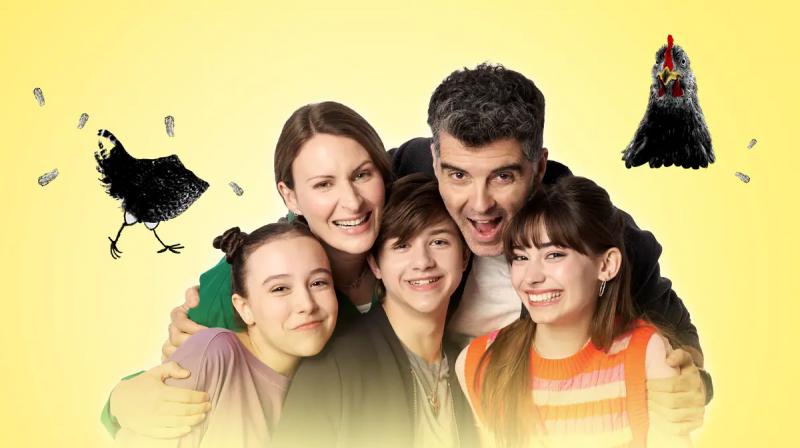 This humorous family fiction which has 40 episodes is written by Pierre-Yves Bernard. Concocted for 9-12 year olds – and their parents –, the series will be broadcast Monday to Thursday, at 6:30 p.m., starting September 5.

There is a lot of energy per square foot in the Babin-Bideau home, where the musician father (David Savard), the mother who dreams of building (Mélanie Pilon) and their three children live, namely the teenage “drama queen” Victoria (Estelle Fournier), the clown Félix (Tristan Clouâtre) and the impulsive Flavie (Élia St-Pierre).

Among the issues and themes explored on a daily basis, let us highlight, among others, the family, mutual aid, difference, living better together and perseverance.

“”Comme des têtes pas de poule” is intended as a clear incentive to trust oneself, to remain oneself, to find the courage to realize one's dreams, one's passions, and this, despite the doubts that can sometimes arise”, a indicated the author Pierre -Yves Bernard, Monday, in a press release.