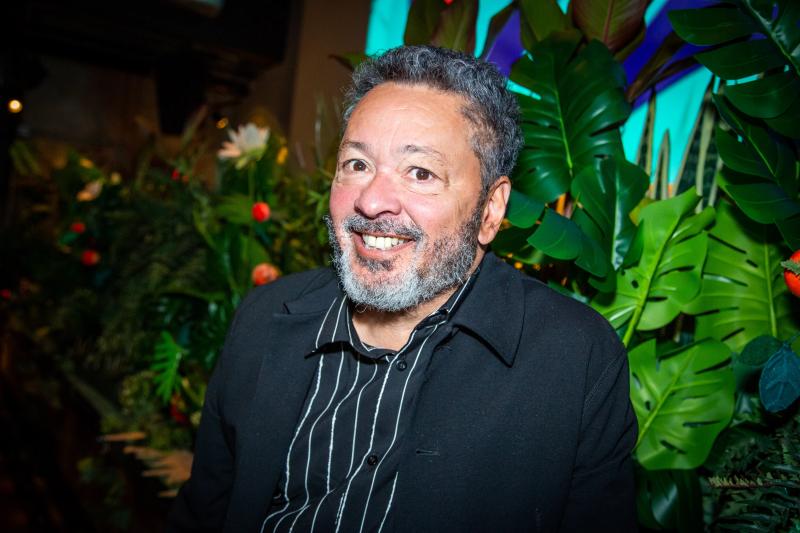 Télé-Québec will be celebrating several anniversaries this year, including the 10th of “Ca Wort the Cost”, the 20th of “Belle et bum”, the 40th of Ciné-cadeau and the 80th birthday of playwright Michel Tremblay .

During an unveiling of humorous programming led Thursday, at the Bell Center, by Simon Boulerice and Rose-Aimée Automne T. Morin, the public channel unveiled its most beautiful assets in view of its return to school on September 5, among which are tantalizing novelties.

But before talking about what is all “beautiful and warm”, let's highlight the two decades of “Belle et bum”, with Normand Brathwaite at the helm from the start, he who combines more than 36 years of variety and music at Télé-Québec. Supported by Mélissa Lavergne, the host intends to celebrate all year round with “the best musicians in the world”.

“Every show I am amazed, so the audience is tripping. And you [surround] people who have more talent than you, so they shine on you,” said Normand Brathwaite. The premiere on September 10 will be captured in Quebec City.

“A drink and eat” is one of the most interesting new features. Vanessa Pilon, culinary designer Lindsay Brun and Rémi-Pierre Paquin will meet producers and taste local products with friends starting September 9.

The “Audrey is back” series, which comes from Club illico and is named for 13 Gemini, was acquired by Télé-Québec, which will broadcast it from September 29. This Pixcom production written by Florence Longpré and Guillaume Lambert lent itself well to the DNA of Télé-Québec, where Florence, who plays Audrey, shone in her series “M'entendre-tu?”.

The channel will also bet, from October 10, on the new daily “L’île Kilucru”, which will notably feature France Castel and Marcel Leboeuf. The two actors said they had a lot of fun on set playing respectively a fairy and a troll.

Hats off to Michel Tremblay

Giving pride of place to the performing and living arts with “Les grands rendez-vous culturel”, Télé-Québec will give access to the creative process of Richard Séguin, will present “Robert en CharleboisScope” and René Richard Cyr will celebrate the outstanding characters of our greatest playwright in “Michel Tremblay in eighty times”.

Télé-Québec will broadcast many documentaries, including “Janette et filles”, which will celebrate all of Janette Bertrand's contribution to Quebec society .

40 years of “Ciné-Cadeau” and new animators for “Mammoth”

As for “Ciné-cadeau”, we will celebrate its four decades on December 9 with the special “Les Gervais-Diaz celebrate Ciné-cadeau”.

On December 2, we will set the table for “À la di Stasio: 20 years of inspiration”, where memories, anecdotes and reunions will delight us.

We will have to wait until winter to watch the fiction “L'air d'aller”, which will tell the story of four young people with cystic fibrosis played by Noémie Leduc-Vaudry, Antoine Olivier Pilon, Joakim Robillard and Catherine St. -Laurent. The series is written by Jean-Christophe Réhel, who lives with the disease. He said Thursday that sick people are sometimes happier than those who don't have sores.

The proposal from the magazine “Autonome” is not trivial either. Simon Boulerice, Pierre Brassard and Rose-Aimée Automne T. Morin, who describe themselves as “three first-rate incompetents”, will roll up their sleeves and take part in the renovation of a chalet, in addition to having to be smart in the kitchen ! To do this, they will benefit in particular from the advice of Edith Butler and Chef Lamine.

And what about the documentary series “Chef Oli vire champêtre”, a winter novelty starring Olivier Louissaint – who wants create his own gourmet table – and his comedian friend Simon Pigeon.