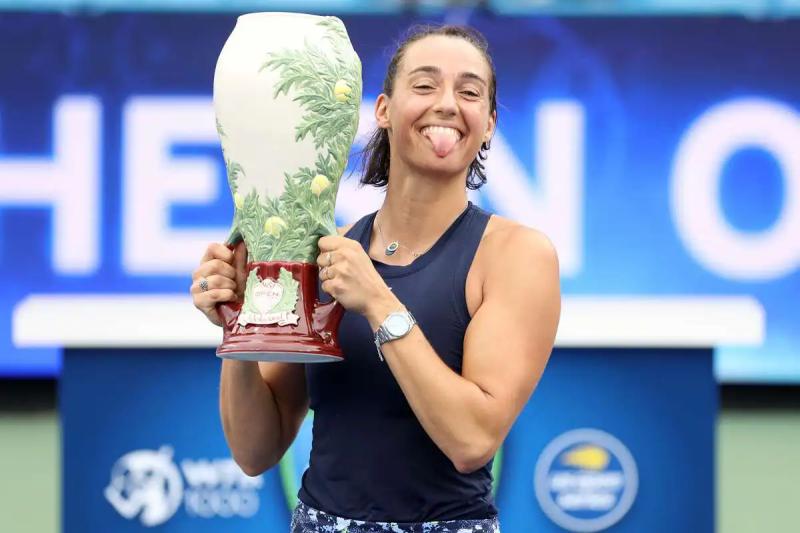 Achievement in Cincinnati: Caroline Garcia, 35th in the world, became the first player in history to win a WTA 1000 from qualifying, beating the Czech in the final 6-2, 6-4 Petra Kvitova (28th).

At the age of 28, the Frenchwoman offers herself a third title in a tournament of this category, just below the Grand Slams, in as many finals contested, after her triumphs in Wuhan and Beijing in 2017.

“What an amazing week. It's hard to believe that I'm here in front of you,” Garcia reacted with a smile as he lifted the trophy.

This tenth trophy in total and also his third in two months, after those lifted in Bad Homburg and in Warsaw, where she had offered the scalp of world number 1 Iga Swiatek.

In fact, she asserts herself, eight days before the US Open (August 29-September 11) as the in-form player of the summer, since she has accumulated 26 victories since June. No one is currently doing better on the circuit.

Faced with Kvitova, former world No.2, twice winner at Wimbledon (2011, 2014), who was playing her 12th final of a Masters 1000 (eight crowns ), Garcia, in no way paralyzed by what was at stake, remained faithful to her sharp style.

The experience of major events, however, pleaded for Kvitova, who was aiming for a 30th title in 40 finals, and whose the qualities in defense and against constitute a true respondent.

But the Frenchwoman, who now has four victories in their nine confrontations, was able to outflank her, showing almost permanent aggressiveness.

She attacked the match very hard, breaking from the start with two times (4-0), under a threatening sky. The day before, two interruptions by rain of 2h30 and 1h30 had greatly disrupted his semi-final against Belarusian Aryna Sabalenka.

In total confidence, she kept this advantage by relying on a solid serve (11 aces in total), to win the first set.

In the process, Garcia tightened the noose again, by his long returns. Kvitova chained the unforced errors.

Led 2-0, the Czech, who seemed to be dragging her leg, requested medical time to treat her left knee. Back on the court, she demonstrated her pugnacity, creating a break point, her fifth of the match, without more success at the end.

Three others showed up, but Garcia was able to serve and defend well during a long rally, to push her rival to a fault again (4-2).

Kvitova's cry of rage did not nothing happened, she fell on stronger, her rival remaining solid on her commitment to finish the job.

With this convincing performance, Garcia can hope to play the spoilsport at the US Open, where she has never been able to do better than a 3rd round, but which she will tackle in the shoes of a top seed, making a nice leap in the standings.

Just like Kvitova, who has never spent quarters at Flushing Meadows before. Even losing in Ohio, she confirms a return to the fore seen in mid-June with her victory on the grass of Eastbourne, a few years having seemed to mark a decline.

In a context where the number 1 world Iga Swiatek seems to be marking time, after a dizzying spring (37 victories in a row, titled in Doha, Indian Wells, Miami, Stuttgart, Rome and Roland-Garros), they have a good shot to play.